The documentary “Apocalypse Cow,” released by Channel 4, is presented by environmentalist George Monbiot and highlights the damage of Factory Farming.

“Apocalypse Cow”: How Factory Farming is Destroying our Planet

A reduction in meat consumption is the most powerful single act that you can take to halt the destruction of our environment and preserve our natural resources. ~John Robbins

The documentary “Apocalypse Cow,” released by Channel 4, is presented by environmentalist George Monbiot.  Produced and aired by the British Channel 4, the film “Apocalypse Cow” joins others who argue that Factory farming is destroying our planet.

Presented by environmentalist George Monbiot, the provocative report points out that the majority of the population has overlooked one important fact: that is how animal food consumption can lead us to a global disaster, given the negative impact of the present way we are practicing agriculture and Factory farming and its effects on the planet.

In the documentary, Monbiot visits cattle ranchers who are transferring to activities that do not involve raising or slaughtering animals; he also discusses artificial meat production. Monbiot meets a factory in Finland that is producing food from bacteria and water and suggests solutions to end the bad and indiscriminate land management motivated by raising livestock.

Since the documentary was released on Wednesday, the broadcaster and environmentalist have received criticism from ranchers who see the documentary approach as a threat to their business and their survival.

Meat: A Threat to Our Planet?

Increasingly in evidence in British media, the subject of “Apocalypse Cow,” is also the subject of the documentary- “Meat: A Threat to Our Planet?”, released by the BBC in November, which addresses aspects and the impact of meat consumption and production in the world.

Presenter and biologist Liz Bonnin, the Documentary presents her travels, where she meets characters on all sides of this controversial debate; dieticians who firmly think that meat is an indispensable part of our lives; and environmentalists drawing a road map to a meat-free world; and food scientists developing ‘frankenfood’ meatless alternatives to our every-day meals. The documentary is a fascinating investigation into the global meat industry, our health, and a planet’s ecosystem on the brink of collapse.

Liz Bonnin also went to Brazil, home to the largest cattle herd in the world. In the Amazon, it finds that 20% of the forest has been destroyed and that Farm factory and Meat production based on enormous amounts of livestock is the leading cause of this deforestation.

“Now, we are losing two football pitches per minute and devastating wildlife in the region.”

The documentary also points out that meat affects life in the oceans, as in countries such as South Africa, where anchovies and sardines are caught and turned into flour to feed the cattle.

Auks: One of the World’s “Extinct” Creatures

The great question: “Is this environmental crisis enough to stop the world from eating meat? “

When Liz Bonnin witnesses a chicken being killed for dinner, she forces herself to reevaluate her own attitude toward meat and questions what we can all do to save the planet.

You will also enjoy Get to Know the Quokkas

George Monbiot is a British writer known for his environmental and political activism, He writes a weekly column for The Guardian, and is the author of several books, including Captive State: The Corporate Takeover of Britain Feral: Searching for Enchantment on the Frontiers of Rewilding (2013) and Out of the Wreckage: A New Politics in the Age of Crisis (2017).[3] He is the founder of The Land is Ours, a campaign for the right of access to the countryside and its resources in the United Kingdom. 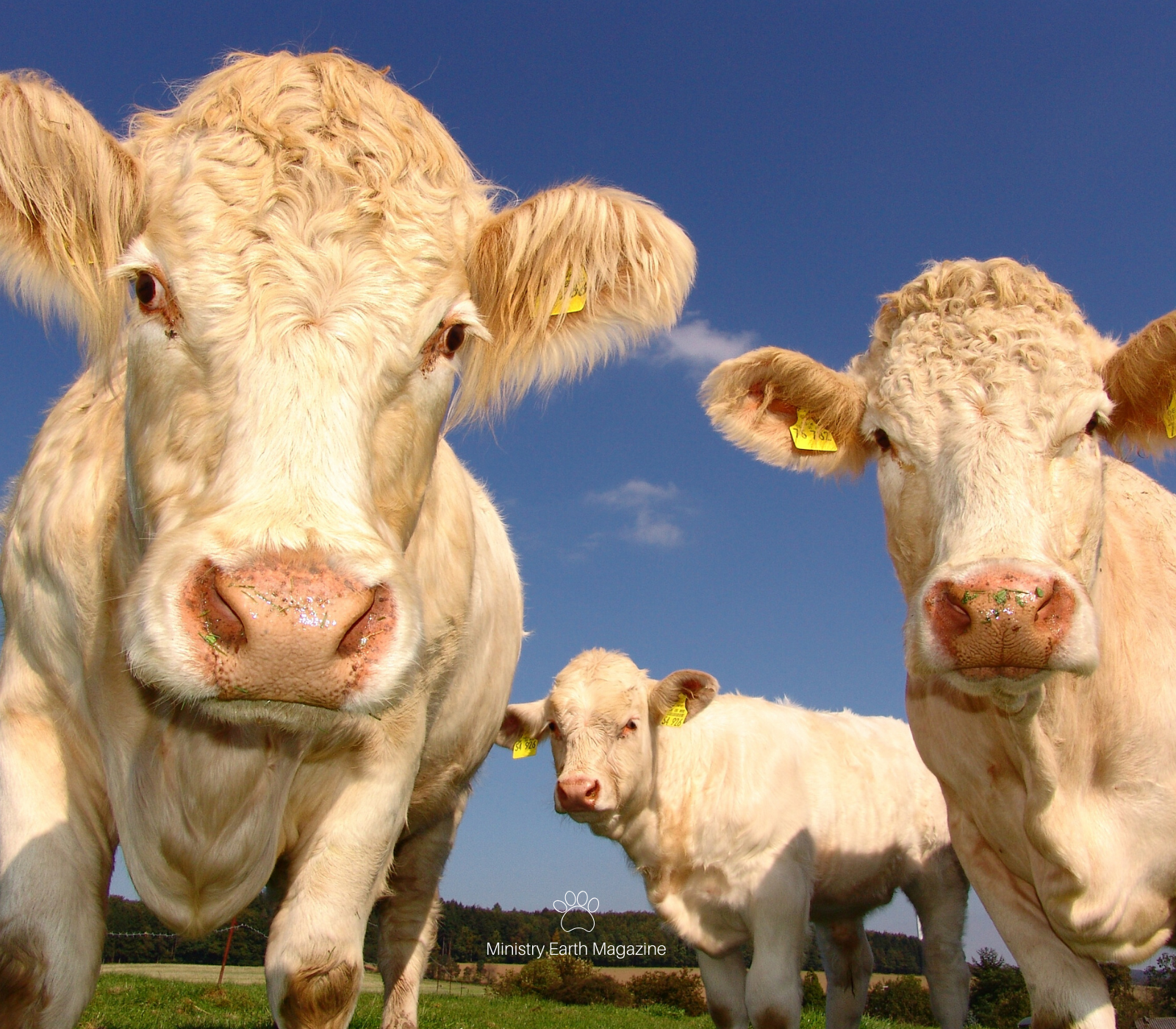 Tags
Animal News Apocalypse Cow George Monbiot How Factory Farming is Destroying our Planet is meat a Threat to the planet Liz Bonnin Meat: A Threat to Our Planet?