The Samurai and The Cat from Tenjuin Temple

The Nekojima, the Japanese Cat Islands

The 13 Islands of Cats in Japan

Who would have imagined that Japan would have 13 Islands of Cats populated almost exclusively with the felines?

Cats are very much-loved animals in Japan. And because of this adoration, some places full of these cute furbabies. Many have become famous tourist attractions, attracting thousands of visitors from all over the country. Tourism ends up contributing to these places’ economy, almost always remote and far from the most urban and trendy areas.

An example that we can mention is the islands known as “Nekojima” (Isles of Cats). Just to give you an idea, on many of these islands, the number of cats exceeds people. While staying at these places, we can visit beautiful places and interact with these furry cuties. Check below the 13 Nekojima or the most famous Cats’ Islands of Japan.

Known to be a small island, Tashirojima (田 代 島) is a fishing village located off the coast of Ishinomaki, in Miyagi. It is probably one of the most famous Nekojima in Japan, alongside Aoshima, in Ehime. It is estimated that there are 100 cats, exceeding the number of humans. The Island has about 80 residents, most of whom are elderly, and all are mostly involved with fishing.

A curious fact is that there are no dogs on the Island, only cats. Most of the stray cats are “mixed breed” but have become a mascot of the Island and are cared for and fed by visitors and the local population. In the center of the Island, there is a sanctuary dedicated to cats. To the south, there is also an inn that resembles a cat called “Manga Island.” 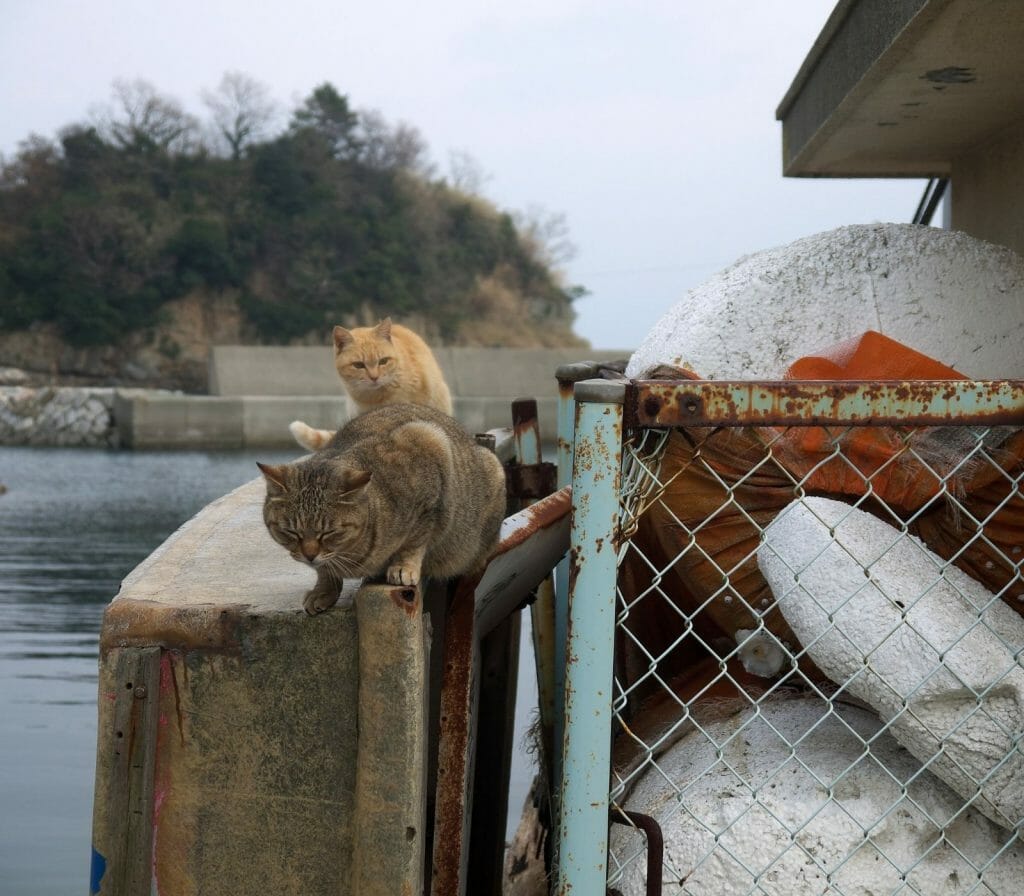 It is enchanted located, Enoshima Island (江 ノ 島) is the closest Cat Island for those who live on Tokyo’s outskirts and want more intimate contact with cats. The Island is located in Kanagawa Prefecture, south of the Japanese capital. The place is known for being a popular tourist area, especially during the summer. In addition to the beaches, Enoshima is full of caves, shrines, museums, and other attractions. On clear days, it is possible to see Mount Fuji from the Island.

The cat population in Enoshima started to increase in 1980. Today, thousands of cats can be found in almost every corner of the Island. Most cats are mixed breed and are fed by locals and visitors. In some parts of the Island, it is possible to donate money to feed the cats. 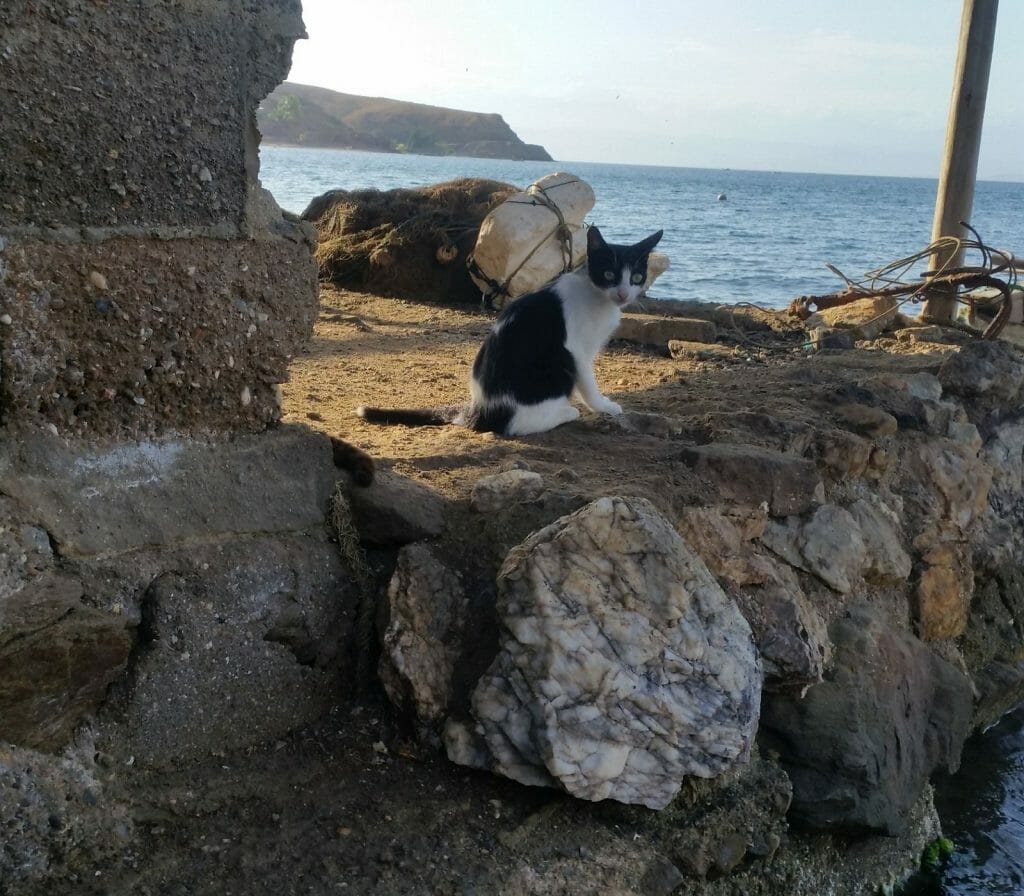 Another floating Island known as Okishima (沖 島) is located in the middle of Biwako, Japan’s largest freshwater lake, located in Shiga Prefecture. With only 350 residents, this fishing community is small, and bicycles are the main form of transport. This is very good for cats, as they are not at risk of being hit by a car.

Lake Biwa is considered one of the oldest lakes in the world, being formed about four million years ago. It is also known for its biodiversity, housing about 58 different species that can only be found there. Being only two kilometers from the east coast, Okishima draws attention to its untouched nature. It is the only Island inhabited in Lake Biwa.

Another interesting detail about Okishima is that most residents are descendants of seven samurai who lost the battle during a small civil war known as the Hōgen Rebellion. After the defeat, the seven samurai took refuge on the Island, and their descendants live there today. For this reason, most residents share one of the seven Samurai family names: Nanbara, Ogawa, Nishi, Kitabe, Hisada, Nakamura, and Chatani. 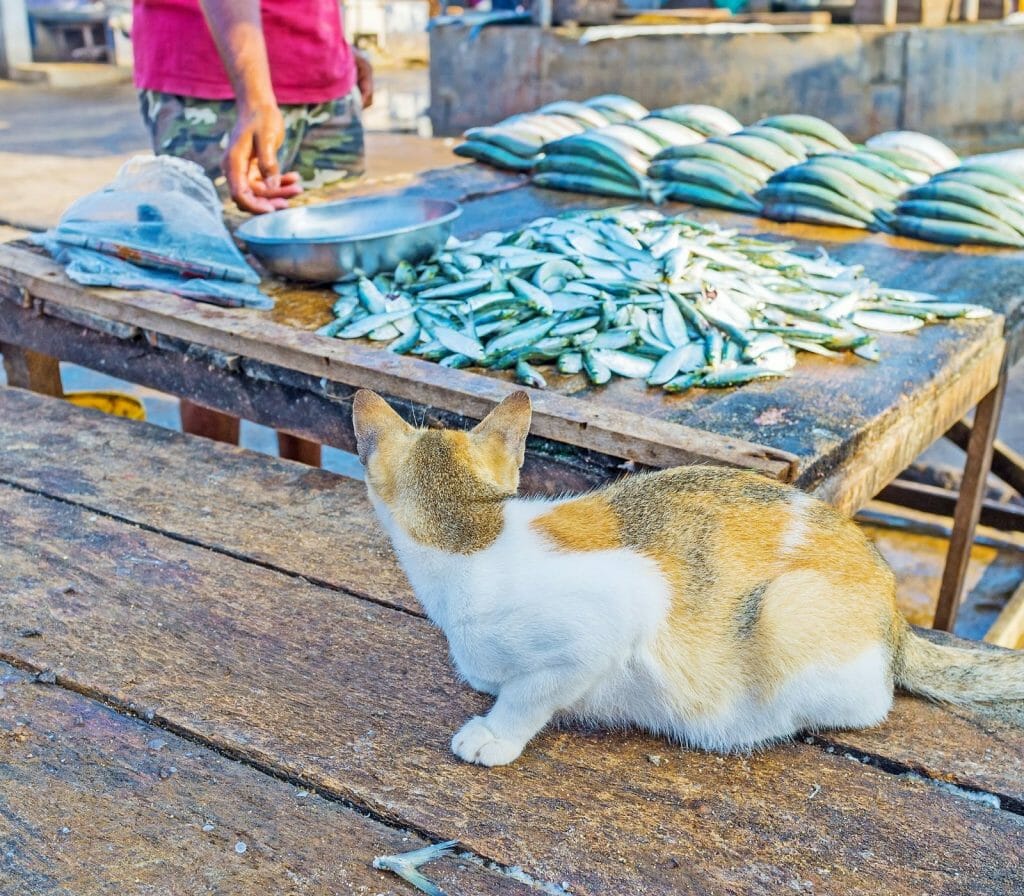 Sanagishima (佐 柳 島) is one of 28 Shiwaku islands, located in Seto’s inland sea. The climate is hot all year round, and it rains very little, offering the right living conditions to the cats. This Island became famous in 2001 because of its cat population. Despite the increase in tourists in recent years, there are still no shops or restaurants in Sanagishima.

Therefore, tourists visiting the Island need to bring food and drinks. Most of the people who live in Sanagi-Shima are engaged in fishing and maritime activities. 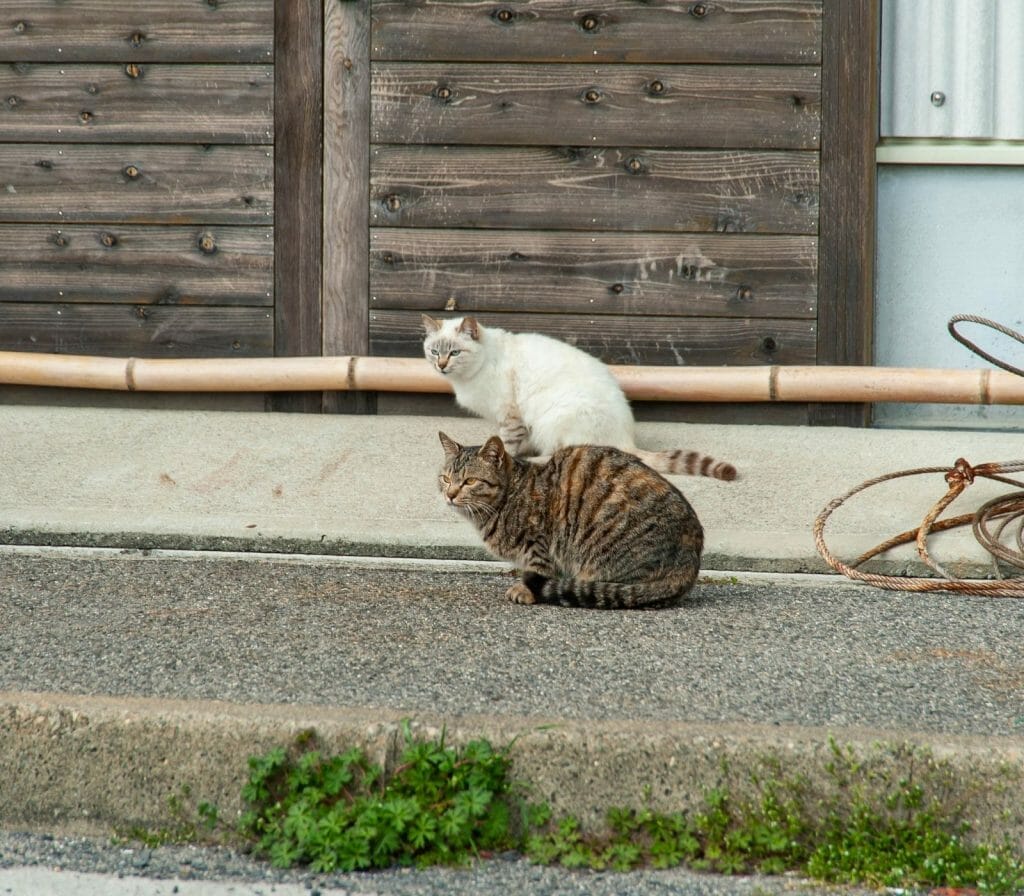 The Aoshima Island (青島) is known for having a large population of cats, even surpassing humans. It is estimated that there are about 120 cats and 20 people who live and work on the Island. According to what they say, the cats were taken by local fishermen to end the Island’s rats. Since then, the population of cats has increased dramatically.

In recent years, tourism on the spot because of cats has increased. However, there are still no hotels, restaurants, and not even popular drink machines even so. If you decide to visit the Island, don’t forget to bring groceries to spend the day. The Island is only accessible by ferry (twice a day). Aoshima is located in Ehime province.

About the Island of Muzukijima (Also Ehime Province) 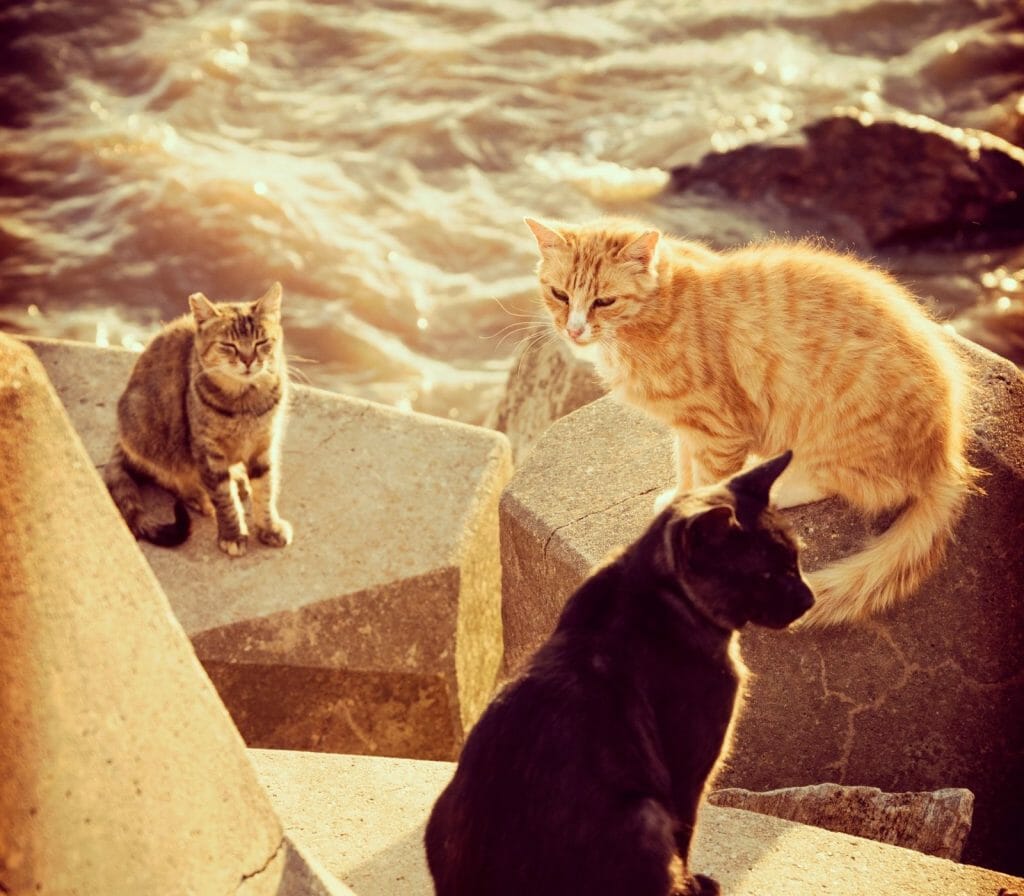 Muzukijima (睦 月 島) is also located in Ehime province, the Shikoku region. While other Cat Islands are geared towards fishing, Muzukijima is covered with citrus groves known for having the best oranges and tangerines in the area. From the Island, you get incredible views of the sea, other islands, and the mountains.

A village near the port takes us back to a typical old Japanese village, with many traditional houses. There is also a popular hiking trail near the Oritateyama and Takamatsuyama mountains.

Strolling through the village’s port and alleys, we find many cats that live carefree on the Island. The island residents feed themselves. 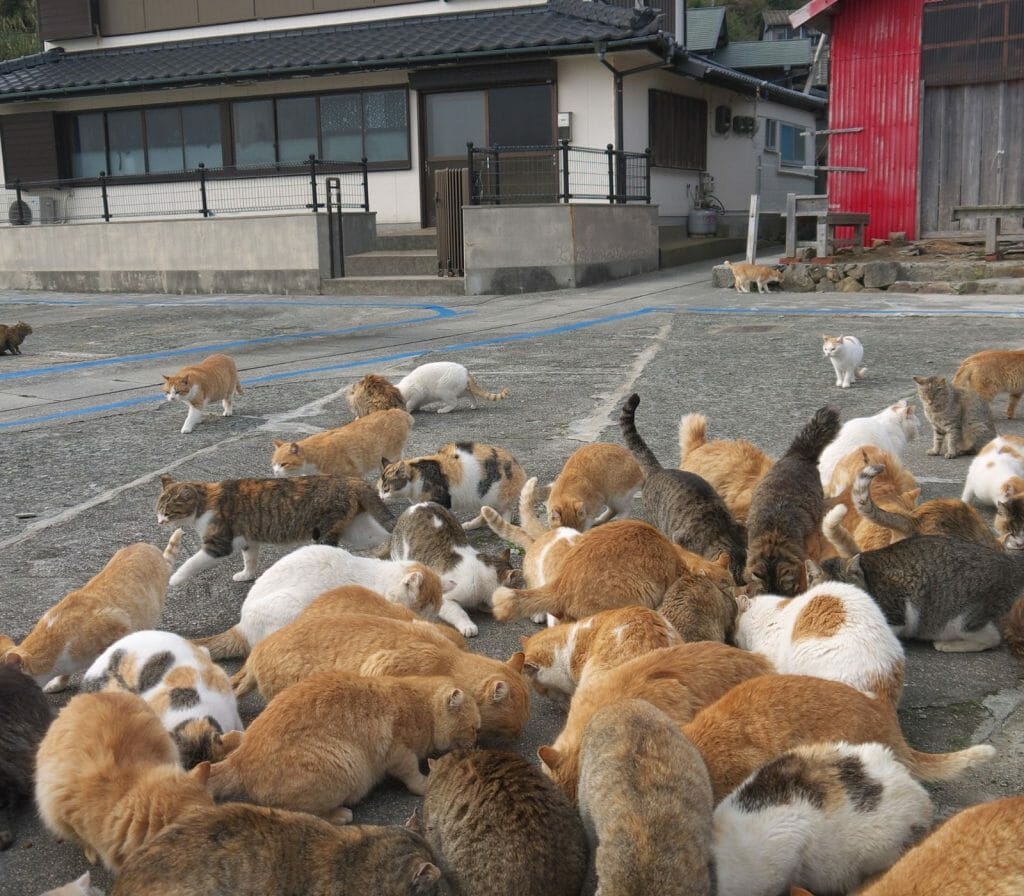 Manabeshima (真 鍋 島) is a small island where only 230 people live. The Island is located in Seto’s inland sea, being part of the municipality of Kasaoka, Okayama province. The Island is 31 km from the main island of Honshu, and its area is 1.49 km. It is one of the seven inhabited islands of the Kasaoka archipelago, and its main commercial activity is fishing.

This was the setting for the 1984 film MacArthur’s Children, describing American occupation impact from the islanders’ perspective. The film featured the debut of actor Ken Watanabe in the opposite of Masako Natsume and Shima Iwashita. The Island’s isolation has helped to preserve its natural beauty. 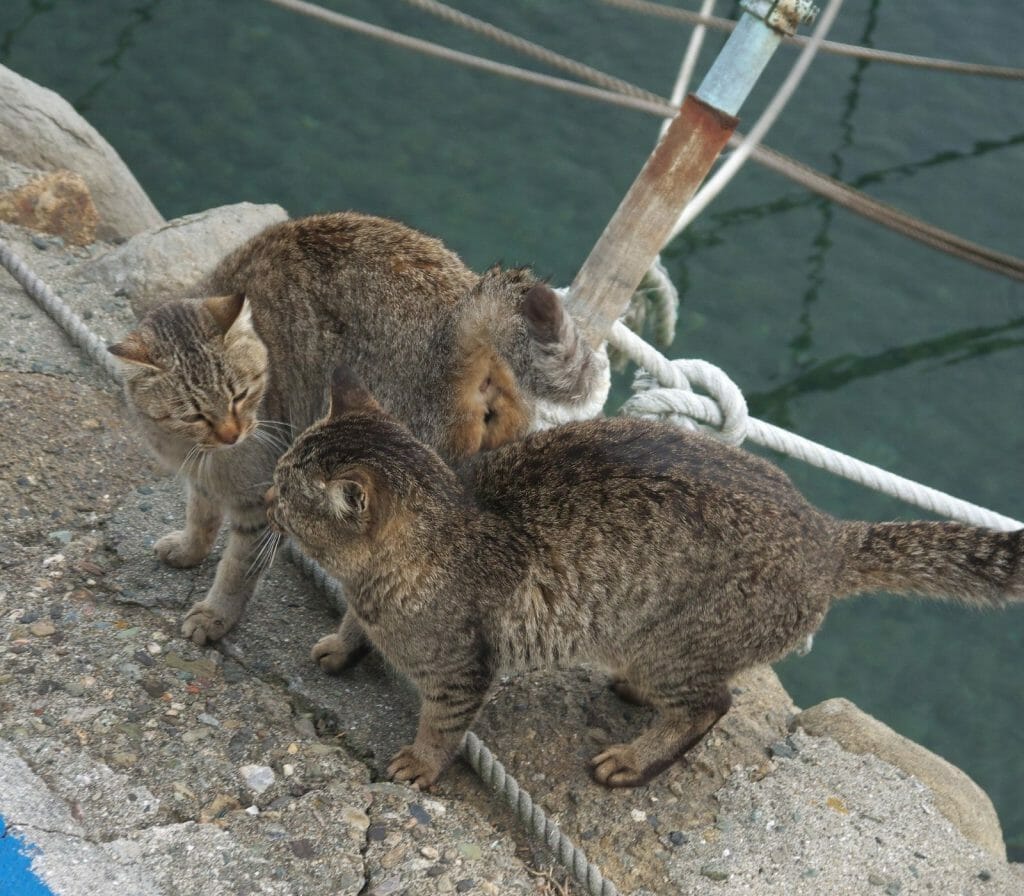 Iwaishima (祝 島) is also located in Seto’s inland sea, belonging to Yamaguchi province. In 1982, the Chugoku Electric Power Company proposed the construction of a nuclear plant near this island. Still, many residents were against the plant’s installation, and the proposal was finally rejected after the significant atomic disaster in 2011.

Most of the residents live off fishing and tourism, which already starts from the port of the historic city of Yanai. Besides the natural beauty seen from the ferry and the simplicity of the fishermen’s village, visitors are attracted by the hundreds of felines that live on the Island. There is also a Festival called “Kanmai” held every 4 years (Last event: 2016). 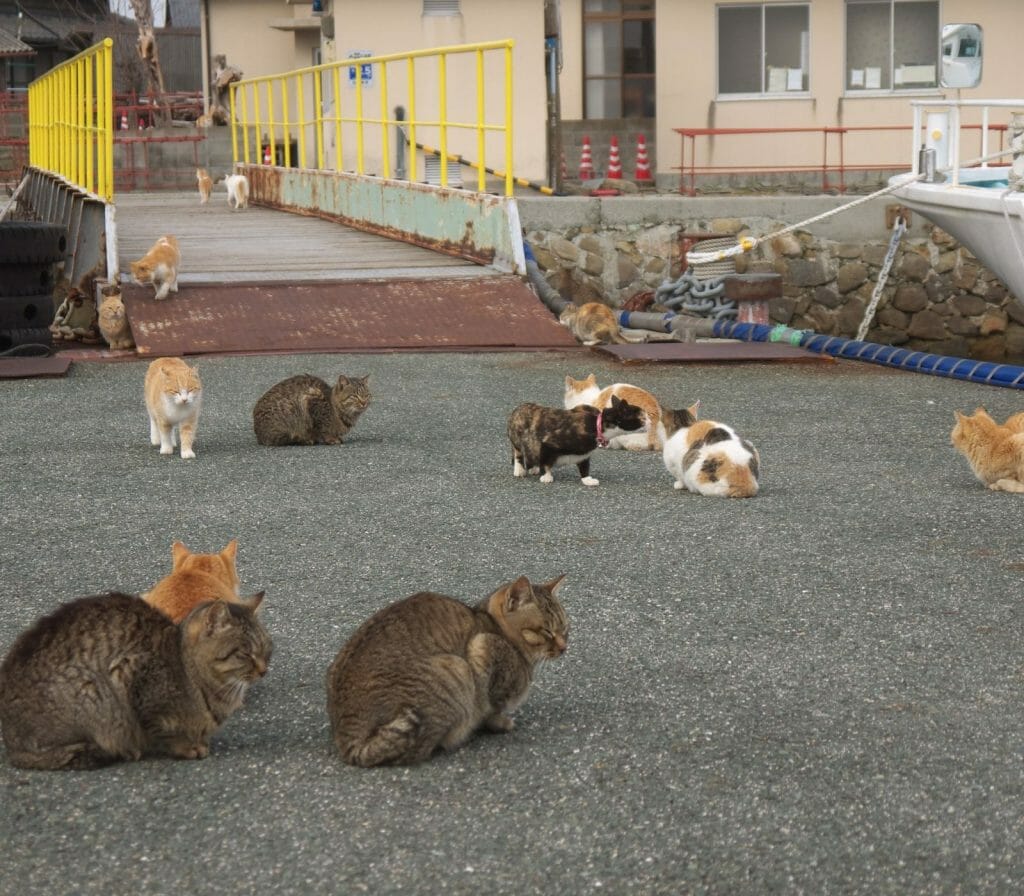 Ainoshima (藍島) is located in Kitakyushu district, Fukuoka prefecture. As for transportation, this Island is the second most accessible, after Enoshima Island, in Kanagawa. It has a railway stop located just a few minutes’ walk from Kokura port, where visitors need to take a ferry to reach the Island of Ainoshima.

Another detail is that this Island has a flat topography, being excellent for hiking and camping. Cats on the Island usually flock around the harbor waiting for a fishing boat to arrive with food. Tourists can interact with the kittens and also enjoy the scenery and walk by the sea around Ainoshima.

Euthanasia: When It Is Time To Say Goodbye 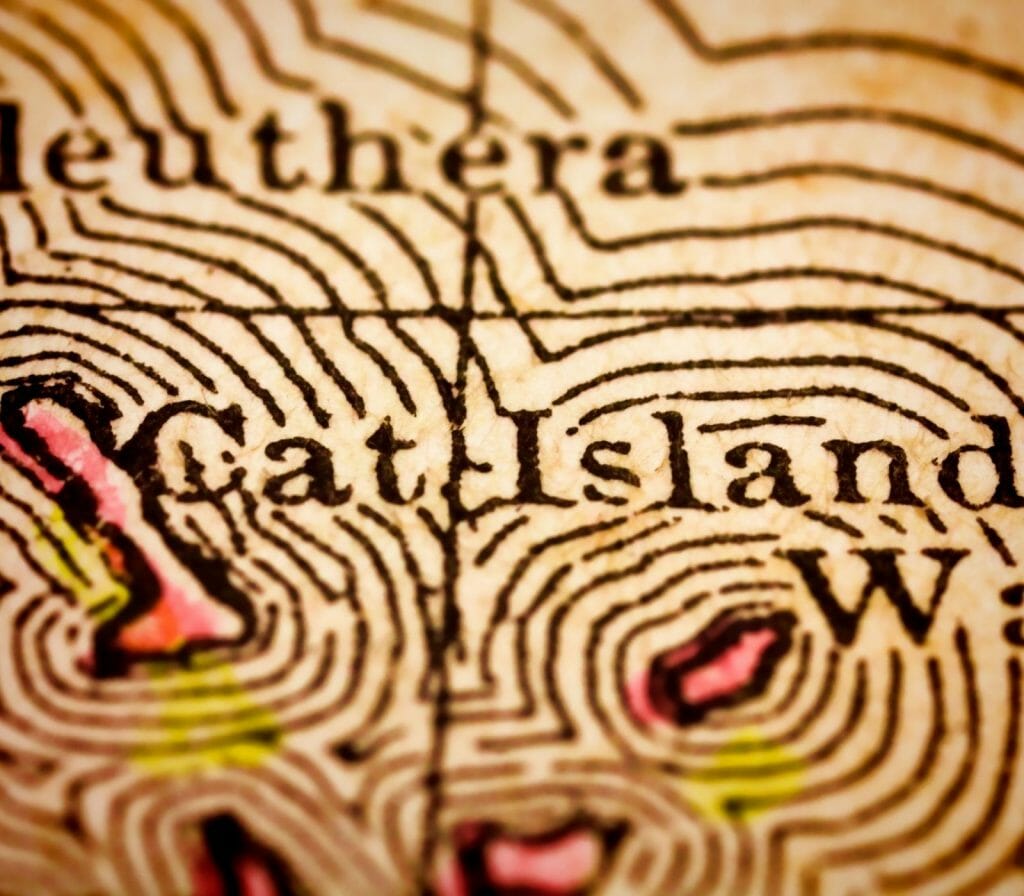 This Island is also called Ainoshima (相 島) Island. It has the same name as the previous Island but is written with different kanji. It is also located in Fukuoka. It is a tiny island, with 1.25 km², and about 500 inhabitants live there. Most of them are fishermen. It is possible to walk around the whole Island quickly, and in this path, you will find many cats along the way.

To access Ainoshima Island, tourists need to take a ferry from Shingu Port. The ferry ride takes about 17 minutes and costs 480 yen per adult.

Genkaishima (玄 界 島) can be reached from Port Hakata, in the city of Fukuoka. The Island Genkaishima was home to Japan’s largest cat population until it was hit hard by an earthquake in 2005.

Despite the drastic reduction in felines, the population has been growing again. Nowadays, hundreds of cats can be seen wandering around the harbor and villages.

You have a panoramic view of the surrounding landscape from the Island, especially from Mount Tomiyama’s top in the center of the Island. The wakame seaweed found around the Island is known for its quality and flavor and fresh fish. There are no restaurants or hotels on the Island, but it offers bicycle rentals and island cruises for tourists.

The Island of  the Saga Province: Kadarashima

Kadarashima (加唐 島) is located in the north of Saga province. The topography is very rugged on the Island, making it difficult to walk around it. Still, it is worth the try because it is possible to see South Korea from some points on the Island on clear days.

According to an ancient region legend, a dog won the wrath of the deity of the Yasaka shrine of Kadarashima. The species was expelled from the Island, which today is entirely absent of canines. The legend also says that the cats have become the main animals on the Island due to their status. And it even says they are in a new feline evolution phase. They have even learned to have human traits.

The Jewel of the Kyushu’s west coast: Yushima Island of Cats (Kumamoto Prefecture) 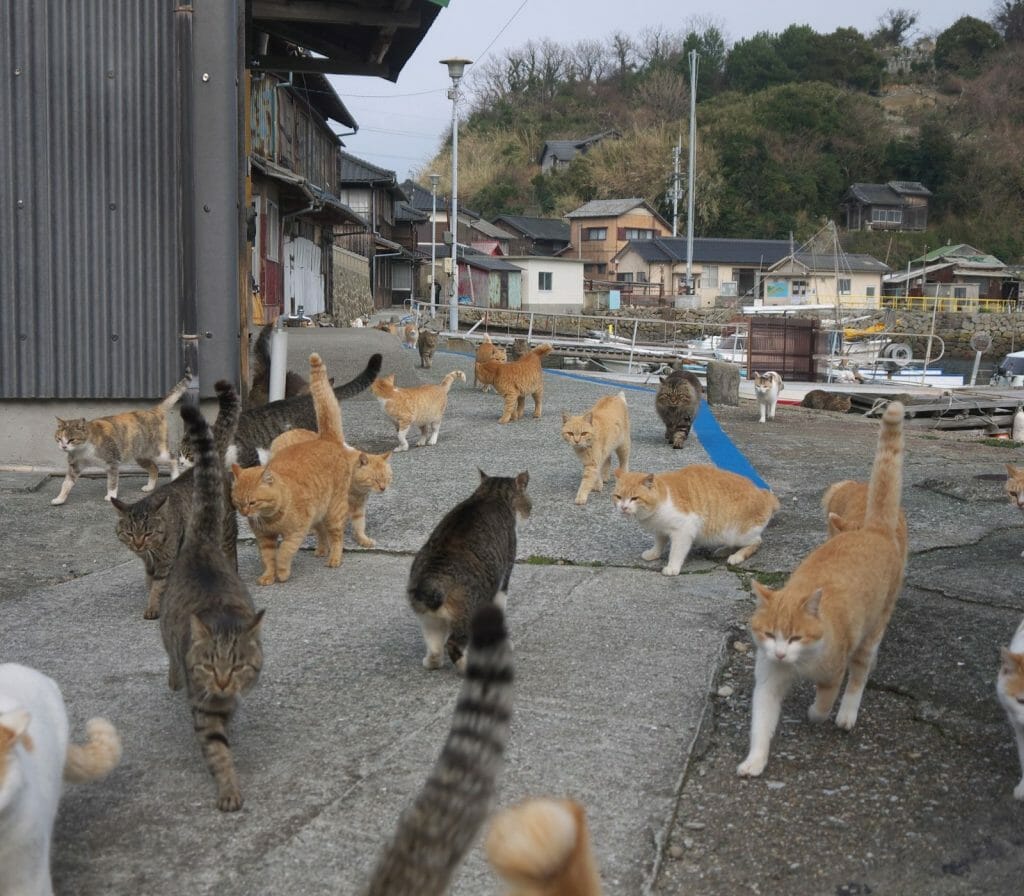 Yushima (湯 島) is located in Kumamoto Prefecture, known for Kumamon, its most famous mascot. But in Yushima, the real pets are the cats scattered throughout the Island, about 4 km in circumference. The Island’s topography is quite steep, but it is still common to see visitors on the Island. The latter comes only to photograph and interact with the kittens.

It is one of the islands which is part of the Amakusa archipelago, located along Kyushu’s west coast.

The three main islands of Amakusa (Shimoshima, Ueshima, and Oyano) are connected to each other and to the mainland of Kumamoto via bridges. In these places, it is possible to make connections with smaller islands like Yushima, by ferry.

As you can see, each “Cat Island” in Japan has its own characteristics. Still, there are two things in common: a paradisiacal setting and many cats. Some of them do not have much infrastructure to receive tourists, it is true, but if you love cats and have an adventurous spirit, you will surely love to know these charming places.