Animals are capable of many spiritual gifts, from telepathy – through images, sensations, understanding, and empathy – to mediumship and to being empaths.

There is no doubt that animals are very responsive to spirits and are naturally in tune with more energetic frequencies than their humans’ counterparts- This is because we developed unconscious blocking mechanisms when we leave childhood. We tend to alienate our natural abilities rather than nurturing and developing our connective skills.

Animals, to the contrary, can be very empathic, even sometimes they can present some “medium” capabilities. Maybe because of their innate innocence, they reside closer to the Divine, giving them a deeper and broader understanding of the natural world, including the unseen world of spirits.

Much of the mediumship in animals is often underestimated or dismissed as an instinct or genetic memory. But animals do have an ability to exchange information through telepathy and other forms of energy transference.

The Gift of Telepathy in Animals

Telepathy – through images, sensations, understanding, and empathy – is the heart of the spiritual, linguistic matrix. It is also our common metaphysical language with animals, combining with vocalizations, gestures, facial expressions, and body language.

Animals can communicate with each other across species and inter-dimensionally due to their continuous affirmation and acceptance of their intuitive access. It is humans who weaken these more profound forms of communication through doubt, fear, misuse, disuse, and other barriers that animals naturally do not have. Animals can help us demystify telepathy and broaden our awareness of the world.

Animal Mediumship as a Spiritual Gift

Like, in different people, each animal is unique and endowed with unusual gifts, and some are more spiritually fit than others. Some are young souls with limited understanding of their mission and purpose, while others have learned spiritual mastery through many lifetimes of experience. Everything, however, can help us develop fluency in the language of heart-based telepathy.

Human vision is quite limited compared to some other members of the animal kingdom. Modern ghost hunters feature night vision goggles, infrared and full spectrum cameras, and digital image analysis. Animals have some of these high-tech optical “equipment” incorporated, which contributes to what we would call “mediumship” in animals.

Cat and dog eyes have more biosensors, with high resolution, for better motion detection, and specialized cells in the back of the eye give cats six times better night vision than humans. Some lizards have night vision three hundred and fifty times better than humans, see colors clearly in the dark, and have multifocal eyes.

The mantis shrimp has sixteen color receptors that detect colors unknown to humans, and they can see polarized infrared, polarized and circular polarized light. Even the humble mouse has amazing optical abilities, moving his eyes independently on the vertical and horizontal axes, one eye scanning the sky for predators while the other inspects the ground. 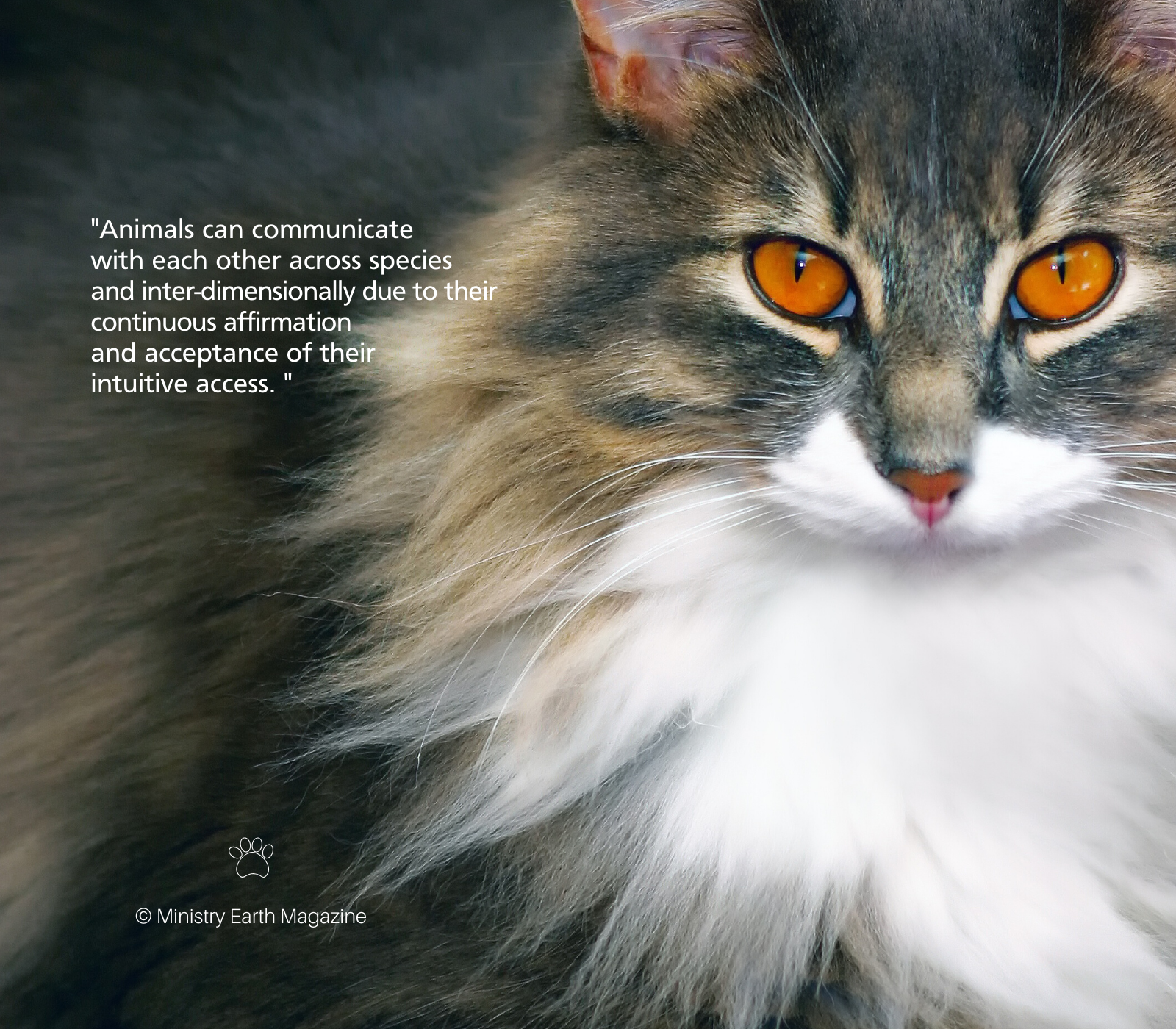 Can Animals Be Mediums?

Can animals be ‘mediums’ like men? It is a complex and controversial issue, no doubt. There is evidence to show that animals have a sensitivity so much (or even more) that many highly sensitive people. Have you ever heard anyone say that their pet seems to understand their thoughts and feelings? They are not exaggerating; animals have unique empathic and psychic abilities that have not yet been explained by science.

Can Animals Be Empaths?

That animals have a specific type of intelligence already proven, and each species has a different degree of the developmental capacity of their brain. However, some capabilities are difficult to ascertain by the difficulty of communicating with them.

Have you heard that dogs can see spirits? Many people claim that it is accurate, and those who are spiritualists, mediums, and those who can contact beings from other dimensions confirm this theory.

Faced with these statements, we may wonder whether or not animals have the ability to act as mediums. According to some scholars, a “psychic phenomenon, in fact, in the fullness of its semantic connotation, is that of intellectual effect, in which the sensitive actually functions as the communication channel between the incarnated and the discarnate.” Because of this concept, it is challenging to consider an animal as a medium because, despite having intelligence, they have no intellectual capacity. “For intelligent communication, there is a need for an intelligent intermediary, and that is the spirit of the medium.”

They affirm that an animal, however, trained, cannot reproduce this transmitted thought, and cannot then interpret it. Still, there is nothing to point out that they do not have the mediumistic ability, which they cannot reproduce in a way intelligible to us humans.

But, what about trained animals?

The couple Allen and Beatrix Garner, both faculty scientists at the University of Nevada, taught a gorilla sign language, and she was able to articulate grammatically correct phrases, express feelings such as anger, compassion, solidarity, jealousy and a sense of humor. The transmission of knowledge was also achieved, in its relationship with the pups and other members of the group, the gorilla taught the learned human language, proving its ability to reproduce information.

Nothing is definitely yet proven, but this may allow the doors to be open to the possibility that animals are also mediumistic beings. The ability is already believed they have, but the interpretation and transmission of the messages are on the way.

You will also enjoy Are Animals Capable of Astral projection

Ministry Earth is a collective Awareness-Raising, Perception-Building Initiative from Humanity Healing International, Cathedral of the Soul Educational outreaches created to introduce the perspective of Ethical Consciousness and Nonhuman Personhood to its Animal & Eco Ministries. Ministry Earth is a  Service-Oriented Initiative and its Magazine is a Copyrighted Publication of OMTimes Media, Inc. Broadcasting and Publishing House.

The Constellation of Love in Healing Miracles