In the face of the major Climate changes our planet is facing, re-wilderness can play an important role in restoring its ecological balance. But wolves are experiencing a hard time returning to their former habitats. Learn the real story behind the plight of our wolves populations.

Can Humans and Wolves Coexist?

Return of Wolves to Original Habitats

Re-wilderness can play an important role in protecting the earth. It brings nature back to the way it was before man changed the natural course. In this way, wolves can help us to repair some of the damage we have done to this planet. The delicate ecological balance must be restored in areas where deer, are uncontrolled in number, are decimating the native plant life, due to the lack of natural predators, such as wolves. 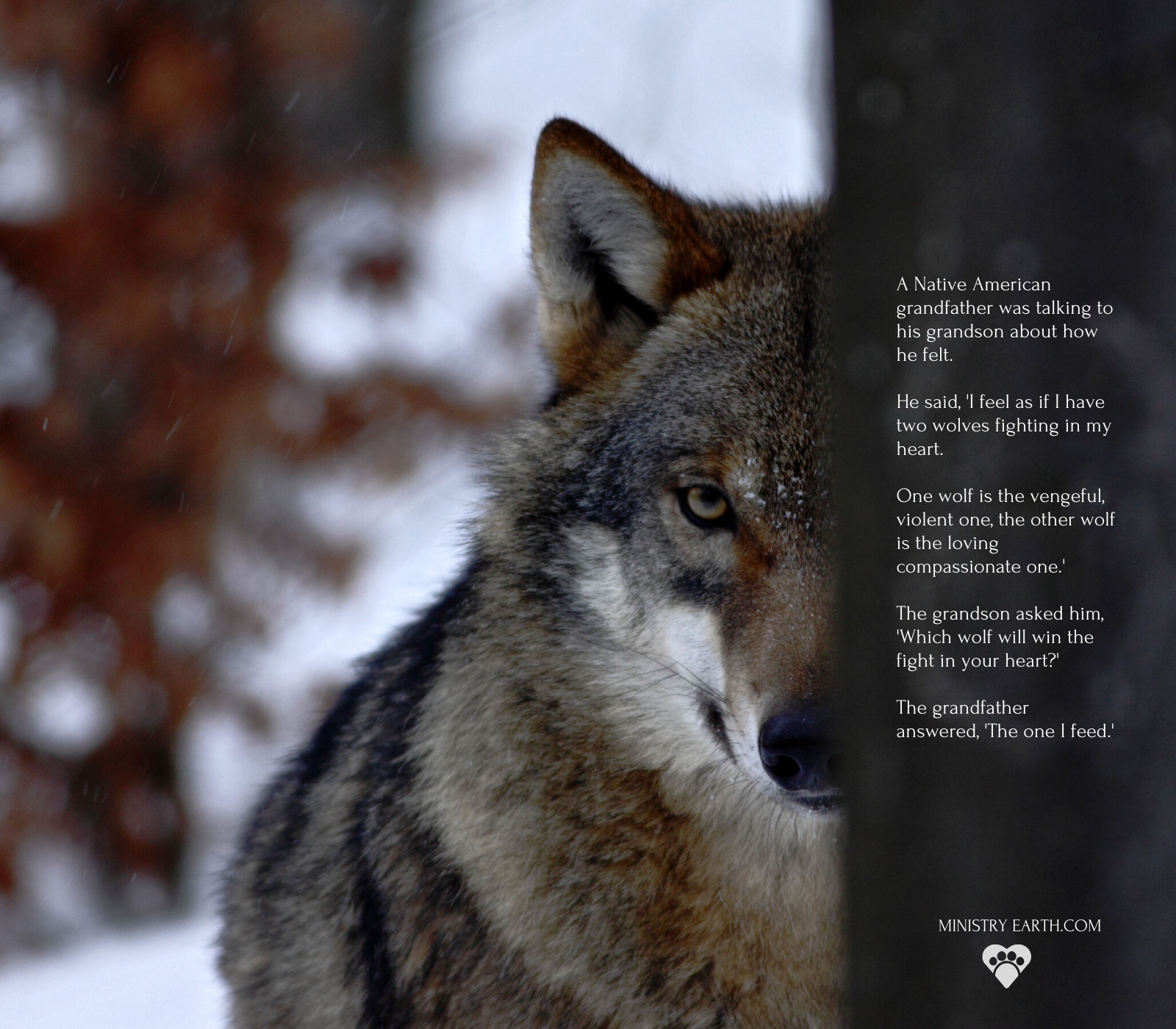 The War Between Humans and Animals

It would be very misleading to portray the return of these predators as idealistic. Any change, be it ecological, social, or economic, or any attempt to disrupt the current way of thinking, meets fierce resistance.

The return of wolves to their former habitats in Europe and North America, revive an age-old war with people over land, hunting opportunities, and cattle. Although protected in many areas, the wolf is fighting an inimaginable battle, because there is a war against them going on and we have acquired much more deadly weapons than poison, traps, or guns: the human imagination.

The Collective Psyche and the Human Perverse Imagination

We find wolves mysterious, majestic, and beautiful, and yet, we find lurking in our collective psyche, there is the archetypical nightmare of the big bad wolf.

Realistically, we have known by a scientific indication that wolves are a minimal threat to humans. They tend to avoid us. But it is as if our fear of wolves is built into human DNA. Probably through the delivery of old stories; who doesn’t know the story of Little Red Riding Hood and the big bad wolf?

People Benefit from the Fear of Wolves

It is easy for those who are anti-wolf to take advantage of this innate fear. Using the illustration of a bloodthirsty, uncontrollable murderer, they try to convince others that wolves and humans cannot co-exist, especially when it comes to agriculture and farming. Some people have the opinion that wolves should respect “our” spaces and believe that they should recognize the areas that they are not allowed to enter.

But wolves know nothing about the imaginary boundaries between countries, states, inhabited and uninhabited land, “civilization” and “wilderness.” They do not know which areas are for their use and protection and which are not.

They do not know that if they step outside these limits, it is “inappropriate.” Nor do they realize that hunting sheep is a violation that is often punished with death. They just try to eat to survive, which is much more complicated than is commonly thought: less than 20% of wolf hunting is effective.

Can we really assign blame to them for trying to get a meal?

There is no panacea or magical solution to preserve and manage natural predators. Europe is a very diverse continent, but it is forging a new relationship with predators – one that is no longer based on hatred or love, but it is based instead on coexistence. This new “peaceful coexistence requires looking, learning, and adapting to unique situations. Specific and customized approaches are needed to help ensure harmonization between humans and predators.

Before we can live next to the wolf, our perception of the big bad wolf must change.

The Elusive Model of Conscious Consumption & Its Ethical Compass

Wolves are not bad animals, despite the “demonization”, besides, they are vital to the harmonization and balance of ecosystems. They are animals that try to survive in a world where they are less and less welcome.

They are just as scared of us as we are of them, and with good reason: In the wolf’s eyes, we are the predators. We plunder their holes, kill the cups, and tear up their families as we hunt and chase them away from their own habitat.

While the human-wolf war continues, we may have to think about the reality where the big bad wolf, categorized by us like a monster, does not exist, but Instead, we have the figure of the worse predator in Nature-Human beings.

Don’t you want to end the massacre of Yellowstone’s wolves? Then add your name HERE to demand that the Montana Fish and Wildlife Commission close the border with Yellowstone National Park to wolf hunting!

Esther Haasnoot is intuitive and healer and the initiator of Global Heart magazine where she encourages and inspires a conscious, healthy, harmonious, sustainable, and loving society to create an uplifting and positive future for all of us. https://globalheart.nl

Chickens: Cannabis Instead of Antibiotics

Why Oysters are Such Awesome Biological Filters!