New Paths to a Better World

Both Popes Gregory IX and Innocent VIII decreed that cats were diabolical creatures. They were the historical Cat massacrers. Pope Gregory IX was known initially as a kind and compassionate man, but when he was elected pope in 1227, he showed his other side, a very evil side.

Gregory IX was a directly responsible person for the cruel hunt of the “heretic in Germany e for the creation of the central training of the Roman inquisition.

It is well known that he hated all animals but reserved particular special hate for cats. He wrote an official document in 1230 that cats, especially the black ones, were direct incarnations of the devil, and they were masters of rituals of witchcraft and satanism.

Immediately after the publication of his papal edict, the ordinary folks entered a period of hysteria and senseless violence against all the felines. 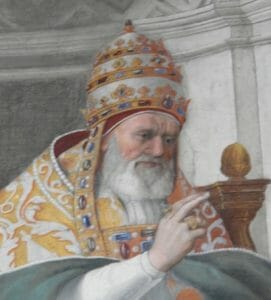 We believe that Pope Gregory was solely responsible for the most significant animal massacre in the history of mankind.

Through several decades, cats all over the European continent, independently of their colors, their origins were violently killed. Many of them, we must add, were killed with some unique perverse, inhumane, and cruel nuances.

We see in dismay that his obnoxious hate for animals, especially black cats, still instills the preconception and discrimination against black cats and any animal with black color or fur.

The Bubonic plague or the black plague caused by the bacteria called Yersinia pestis devasted Europe at the beginning of the 14th century. It started in Sicily in the year 1347 and quickly spread throughout Italy, France, The Iberic peninsula, England, and Prussia.

Many have estimated that the black plague had killed more than 100 million people, an unimaginable tragedy.

But because it is a bacteria we can normally commonly find on rodents; many historians believed that they spread all over Europe because they lack their natural predators.

The widespread Massacre of cats- patronized by the catholic church of pope Gregory the 9th contributed directly to this stain in human history since the feline population was not enough to have created a fair counterpoint for the plague.

The Cat Massacre: Moral of the Sad Story.

As La Fontaine would say: it wasn’t good to be a man or a cat in Europe at that time…” Les Animaux malades de la Peste” (“The Sick Animals of the Plague”) is a living fable that fits our times.

Just exchange the pope for another leader and the kittens for the masks. Sad pandemic decisions. Miserable leaders.