The banning of bird incarceration is a major advancement for the rights of animals.

We humans Beings are considered Beings capable of making conscious decisions for ourselves. Yet, we often make choices that hurt not only ourselves but also the entire planet and all its sentient beings.

Our selfishness and greed put at risk every day the lives of thousands of animals, who find themselves subjected to inhumane living conditions to meet our needs and our pleasure. Often, we sustain this situation without knowing, buying exotic animals on black markets, all sequestered from their environment and converted into a state of imprisonment such as bird Incarceration. This is a reality that needs active transformation.

We are all free, and we need to respect nature and its creations for all that it provides to us every day. 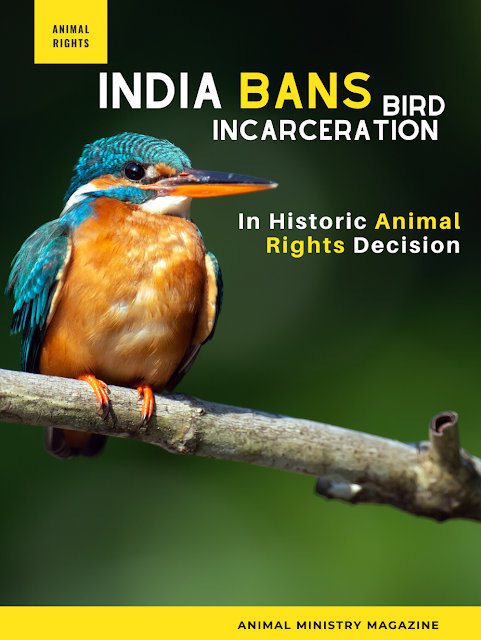 Many nations still need to come to this awareness, but India has recently taken the first step and sets an example for all. The country has banned the incarceration of birds.

Indian Judge Manmohan Singh said: “I have clear in my mind that all birds have the fundamental rights to flying in the skies and that humans do not have the right to keep them trapped in cages to fulfill their selfish purposes or what want it to be. ”

Some birds are not meant to be caged, that’s all. Their feathers are too bright, their songs too sweet and wild. So you let them go, or when you open the cage to feed them they somehow fly out past you.

And the part of you that knows it was wrong to imprison them in the first place rejoices, but still, the place where you live is that much drabber and empty for their departure.”

The Judge made the decision in a specific case in which several birds were rescued from a man named Mohazzim. The Man claimed to be the guardian of the animals, but it was contested by the NGO People for Animals. The NGO argued that Mohazzim was keeping them in small cages and selling them to profit. The court of the first instance returned the birds to the man, but the NGO appealed to a higher court.

The other court issued the decision in favor of the NGO and all the birds that live in cages, saying: “This court is of the opinion that conducting trade in birds is a violation of their rights. They deserve compassion. No one cares whether they are victims of cruelty or not, despite a law stating that birds have the fundamental right to fly and cannot be caged and will have to be loose in the sky. 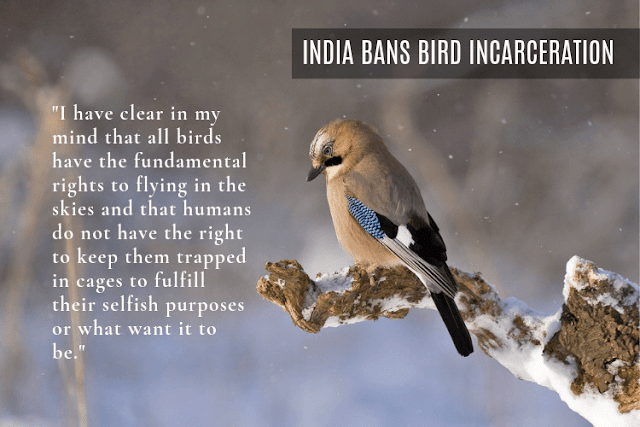 Birds have fundamental rights that include the right to live with dignity and should not receive cruelty by anyone, including the claim made by the respondent (Mohazzim). ”

India already had a history of positioning itself in favor of animals, recognizing them as sentient beings that have rights and should not be commodities.

In 2003, India Superior Court also banned shows and activities with captive dolphins, citing as justification their high level of intelligence, which makes it possible to consider them “non-human people.”

This article originally was published on OMTimes.com

Cathedral of the Soul intends to undertake the challenge of creating a multidimensional healing space that is dedicated to those who seek to enrich, enlighten and heal themselves while serving and assisting in the healing of others. Cathedral of the Soul is one of the many spiritual outreaches of Humanity Healing International, a registered 501C3 Nonprofit with Church status. https://cathedralofthesoul.org