The Sensitive Social Life of Elephants

The Experience of Suffering is equivalent in all species, especially elephants, due to their intelligence and their colossal memory.

The Experience of Suffering is Identical for All the Sentient Beings

The Pain of Separation is the Equivalent in all Species, especially elephants

Even though elephants don’t mate to life, the male will stay with the female and guard her against the incursion of other male elephants.

The Female may choose the same male repeatedly, depending on how they are protective of the females.

It is known that when an elephant loses a mate or a ‘loved one, they can die of a broken heart. In fact, elephants are the only animal species that grieve so hard that they can die as a result of heartbreak. Other elephants in the same herd may try to comfort the ailing one, some even may attempt to nudge him back to life, but it’s often too late. The brokenhearted elephant is usually determined to give up on life.

Many people don’t consider the feeling of animals because they think them to be mere anthropomorphization [1] of their behavior, as scientists are not satisfied with the consideration of their emotions as they are not technically proven yet, according to them. 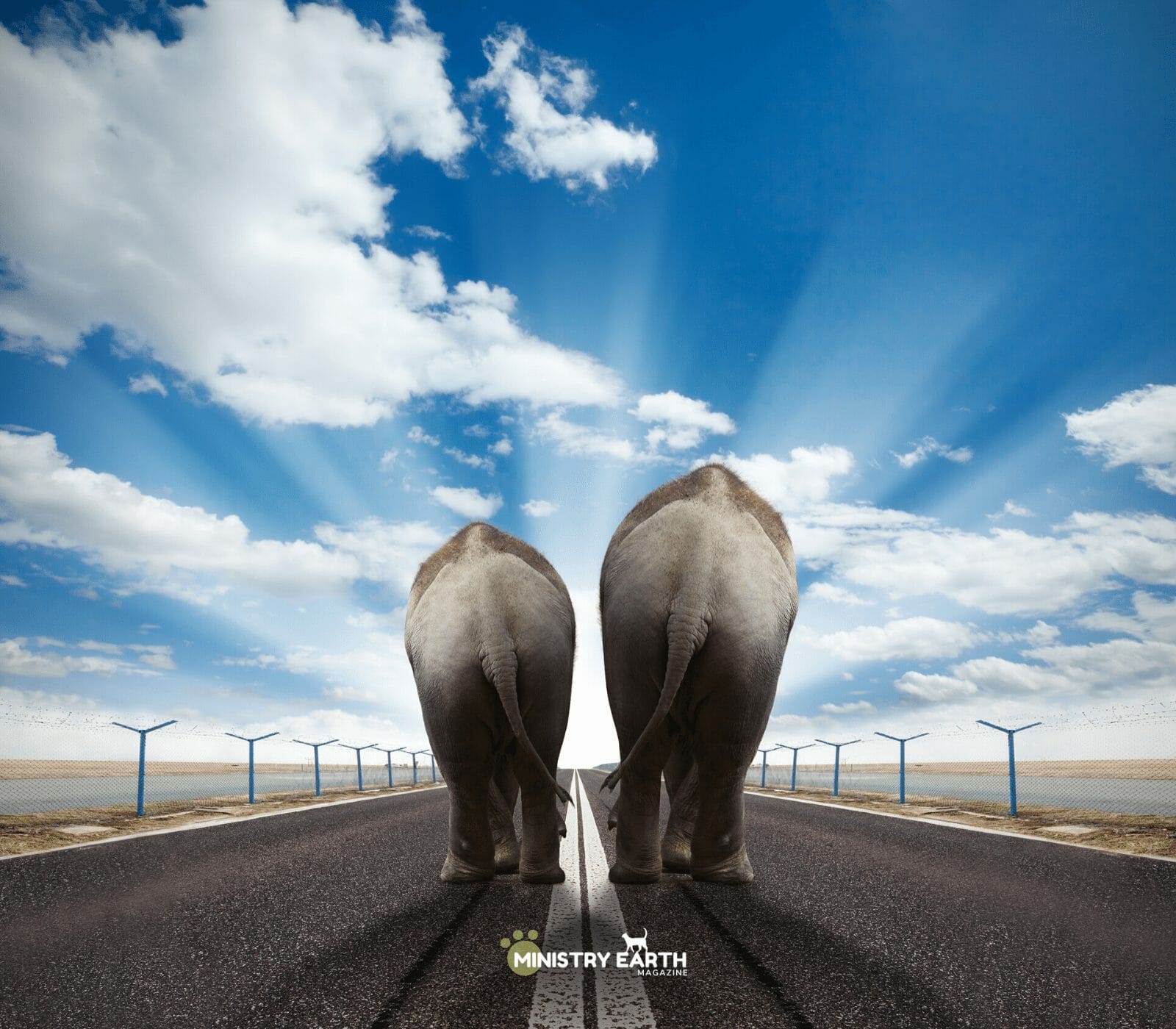 Ivory extraction and trade are the leading causes of the decrease in the elephant population, especially in Africa. Several governments across the planet have already banned their trade, but still, more than 50,000 elephants are killed annually. Ivory is the name given to the milky-white matter that forms on the teeth of elephants when it is removed from the animal, especially when it is removed from the animal and worked on works of art. The term is also used for the defenses of other animals, such as the hippopotamus and the narwhal.

Hunted, abducted from their natural habitats, and kept in captivity for long periods, elephants do not live an easy life. Sociable animals as they are, they lose contact with other elephants and the environment to which they have become so accustomed, they can grieve hard and sincerely. Besides, their depression can be aggravated by the fact that they no longer have the ‘privilege’ of eating fresh leaves or bathing in mild lakes, where they would play and raise their young.

Eventually, they share captivity with other elephants but are sometimes separated at the pleasure of the black market.

Some of the Famous Cases

An elephant that lived 11 years ago in a cage with another elephant was separated from his only friend, sold to a zoo in Asia.

Another more recent case was that of Flavia, an elephant of almost half a century who died in the Zoo of Cordoba, in Spain, where he had arrived when he was still a baby.

Flavia suffered from depression, among other psychological problems, for having lived in captivity for so long, in addition to being separated from her mother.

Although countless efforts have been made by non-governmental entities and organizations, no measure or action has been effective enough to stop the abuse suffered by these animals, both in the West and in the East.

A Facebook post by caregiver Soumya Vidyadhar also exposed another case, where two elephants, longtime friends, were abruptly separated, each sold to a different zoo.

They touch their trunks, as a sign of affection between them as if to say goodbye.

Will the Elephant species’ suffering cease one day? Mammals like elephants belong to natural and open places, where they can live and grow with their family and others of their kind.

Only with greater scrutiny and stricter legislation will it be possible to reverse this situation. Maybe it is time to accept and legalize highly intelligent animals as Nonhuman Persons.

Sentience and Intelligence, as Proof of Nonhuman Personhood

One of the most peculiar characteristics that we may find is that elephants can present traces of bitterness and resentment, as they don’t forget with ease when they lose a loved one or when mistreated by someone. These alone are factors that suggest that they sustain emotional and even psychological suffering. They seem to have an excellent memory, probably an adaptation that will allow them to survive as a species.

Today we want to invite you to learn some fascinating aspects of the remarkable memory of elephants, their functioning, and their ability to remember everything, always.

The brain of elephants is the largest among mammals and usually weighs around 4.7 kg. We can’t say if it is the size of the brain that determines their high intelligence, but it is an element to have in mind. Of course, these pachyderms are found among the most intelligent mammals.

The standardized way to measure animal intelligence is using the encephalization coefficient (EC); these are the ratio of brain size to body weight. Most may be the result of more weird creatures. In human beings, this relationship is 7; in chimpanzees 2.5, in elephants, we note that 1.88, almost reaching a 2, placing them close to Primates.

That the brain size is so big, and a high encephalization coefficient (CE) suggests to scientists that elephants have a powerful memory. It would be exaggerated to say that they never forgot anything, but in them, this brain function is one of the most advanced within the animal kingdom.

Not a new story but worth watching again and again! So amazingly touching – the story of Shirley and Jenny, two crippled elephants reunited at The Elephant Sanctuary in Tennessee after a 22-year separation. The bonding was immediate, intense and unforgettable between the two former circus elephants.

Jenny and Shirley were both at the same circus when Jenny was a calf and Shirley was in her twenty’s. They lived one winter together then were separated twenty-two years ago. It is very rare for elephants to display this kind of emotion in captivity, and it’s probably the first time such a thing has been documented on film.

Jenny passed away peacefully on October 17, 2006, surrounded by those she loved most ~ Shirley, Bunny, Tarra and her caregivers.

To read more about their emotional reunion click here

Other articles from the web: Elephant in mourning guards its dead calf in Gudalur forest  Click here