Our animal friends are much more than dumb creatures conceived to be part of our food web, they are sentient beings, with complex emotions and with the ability to show compassion to elements of their own species and sometimes form other species as well. Our ability to perceive this delicate complexity is greatly compromised by the indoctrinated Ideology which preaches that only human lives are valuable.  Here are our favorite animal empathy quotes.

16 best quotes about the Animal ability to feel emotions, to feel compassion and empathy for others

An animal’s eyes have the power to speak a great language. ~ Martin Buber

When we see animals doing remarkable things, how do we know if we’re simply seeing tricks or signs of real intelligence? Are talented animals just obeying commands, or do they have some kind of deeper understanding? One of the biggest challenges for animal researchers is to come up with tests that can distinguish between the two. ~ Neil deGrasse Tyson 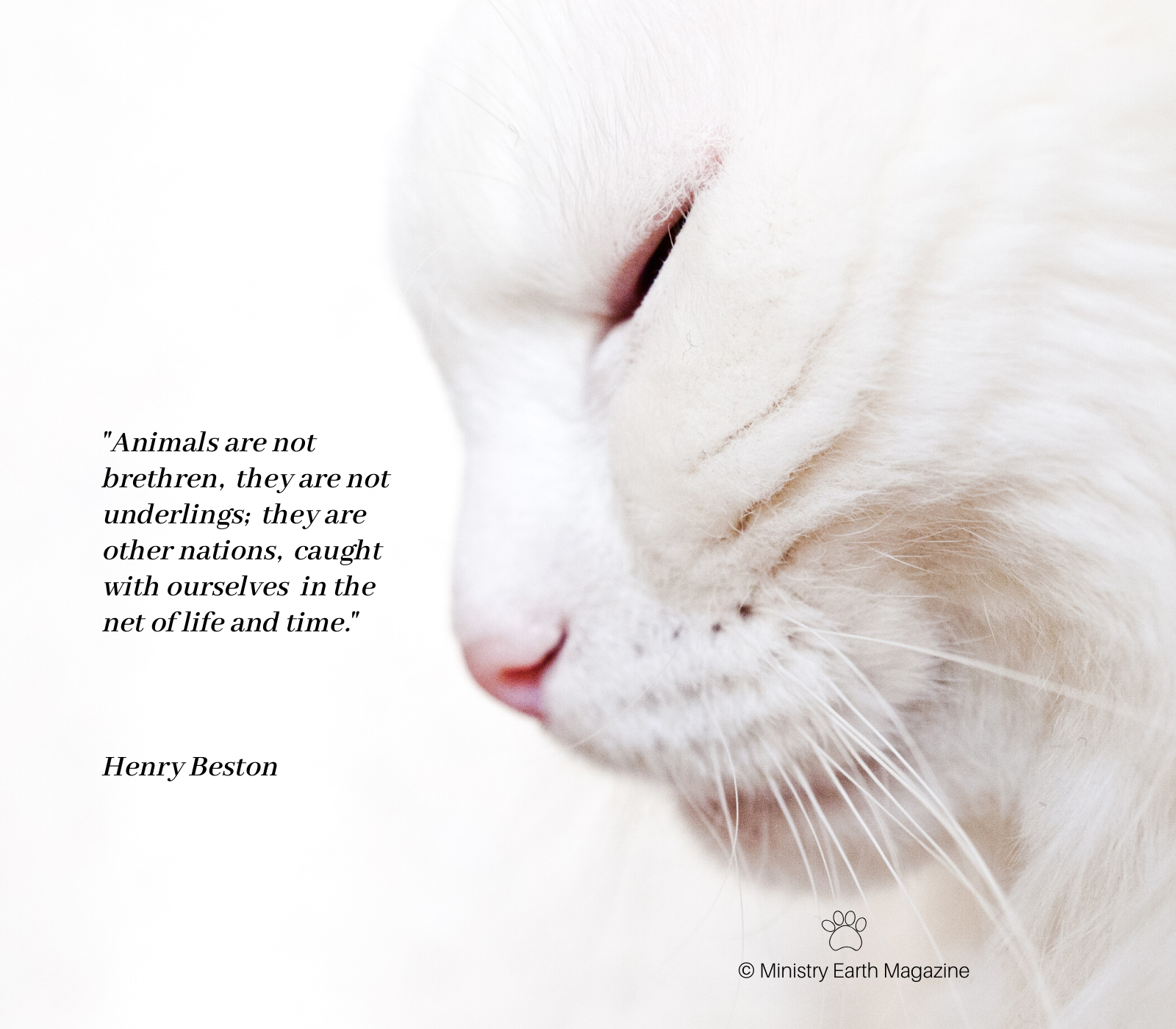 To endow animals with human emotions has long been a scientific taboo. But if we do not, we risk missing something fundamental, about both animals and us. ~ Frans de Waal

The possibility that empathy resides in parts of the brain so ancient that we share them with rats should give pause to anyone comparing politicians with those poor, underestimated creatures. ~ Frans de Waal

Although elephants are far more distantly related to us than the great apes, they seem to have evolved similar social and cognitive capacities. ~ Frans de Waal

It is well known that apes in the wild offer spontaneous assistance to each other, defending against leopards, say, or consoling distressed companions with tender embraces. ~ Frans de Waal

Empathy probably started out as a mechanism to improve maternal care. Mammalian mothers who were attentive to their young’s needs were more likely to rear successful offspring. ~ Frans de Waal

I’ve argued that many of what philosophers call moral sentiments can be seen in other species. In chimpanzees and other animals, you see examples of sympathy, empathy, reciprocity, a willingness to follow social rules. Dogs are a good example of a species that have and obey social rules; that’s why we like them so much, even though they’re large carnivores. ~ Frans de Waal

The more self-aware an animal is, the more empathetic it tends to be. ~ Frans de Waal

There’s actually a lot of evidence in primates and other animals that they return favors. ~ Frans de Waal 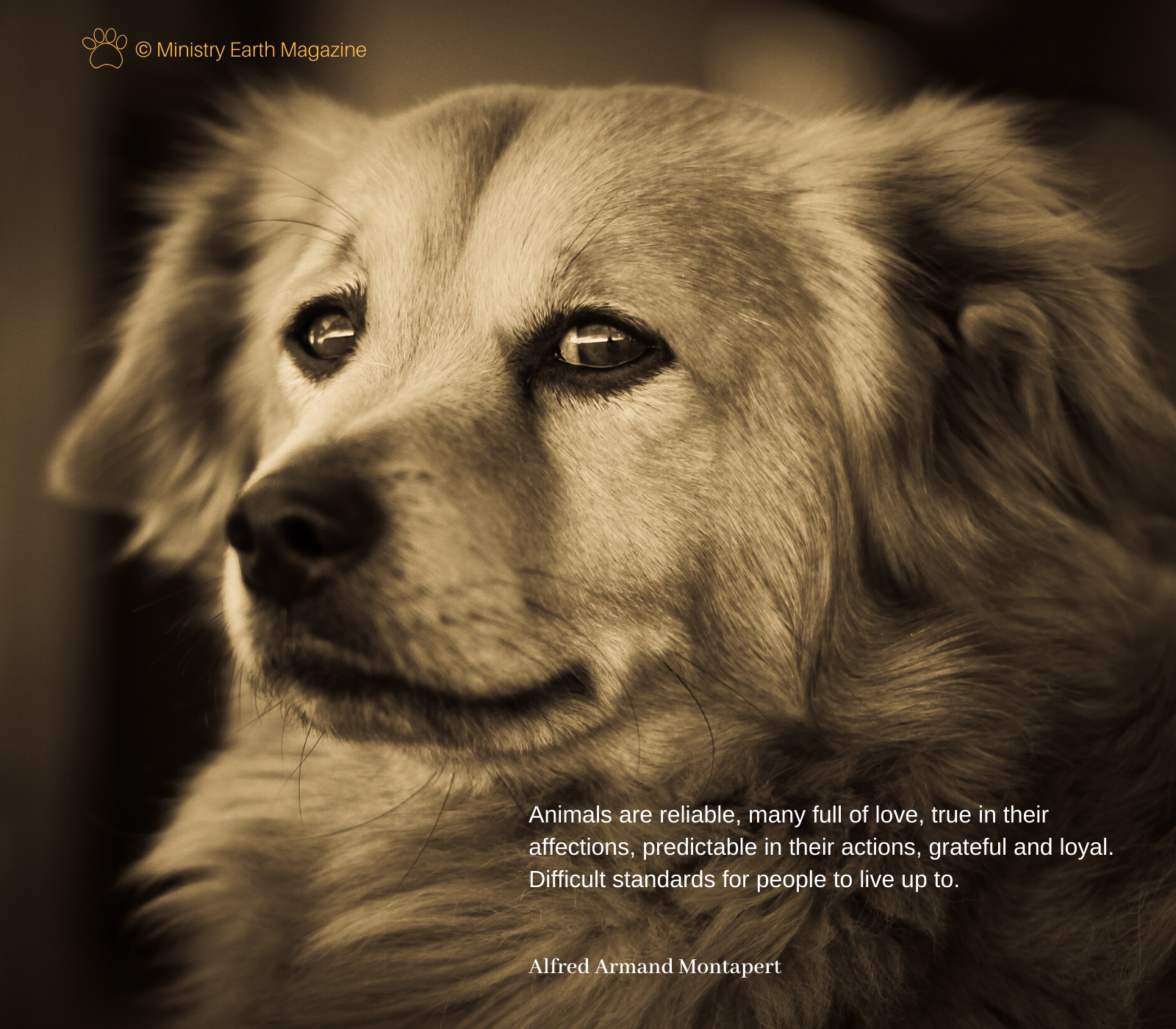 We must fight against the spirit of unconscious cruelty with which we treat the animals. Animals suffer as much as we do. True humanity does not allow us to impose such sufferings on them. It is our duty to make the whole world recognize it. Until we extend our circle of compassion to all living things, humanity will not find peace. ~ Albert Schweitzer

Animals are reliable, many full of love, true in their affections, predictable in their actions, grateful and loyal. Difficult standards for people to live up to. ~ Alfred Armand Montapert

Life is as dear to a mute creature as it is to man. Just as one wants happiness and fears pain, just as one wants to live and not die, so do other creatures. ~ Dalai Lama

I had bought two male chimps from a primate colony in Holland. They lived next to each other in separate cages for several months before I used one as a [heart] donor. When we put him to sleep in his cage in preparation for the operation, he chattered and cried incessantly. We attached no significance to this, but it must have made a great impression on his companion, for when we removed the body to the operating room, the other chimp wept bitterly and was inconsolable for days. The incident made a deep impression on me. I vowed never again to experiment with such sensitive creatures. ~ Christiaan Barnard

Animals are not brethren, they are not underlings; they are other nations, caught with ourselves in the net of life and time. ~ Henry Beston

If you liked these Animal Empathy Quotes, you will also enjoy Are There Animals That Are Not Sentient?

Prayer for Animals and Their Masters