The social life of elephants is a more delicate web of social ties than other mammals, such as chimpanzees and gorillas, with the family as its center.

The Delicate and Sensitive Social Life of Elephants

Large, big ears elongated and toothy nose. If it were a person, he would be an extraordinary person. As it is about the elephant, the comparison makes more sense than you think. After all, the most massive terrestrial living thing seems to have a lot in common with humans, as American zoologists Cynthia Moss and Joyce Poole discovered, after thirteen years of observing groups of these pachyderms in Amboseli National Park, at the foot of Mount Kilimanjaro, Kenya, Africa Eastern.

The biggest news, revealed in the book Nonhuman Personhood, is that the Social Life of Elephants, is a much more delicate and complex network of social ties, than that of other higher mammals, such as chimpanzees and gorillas. 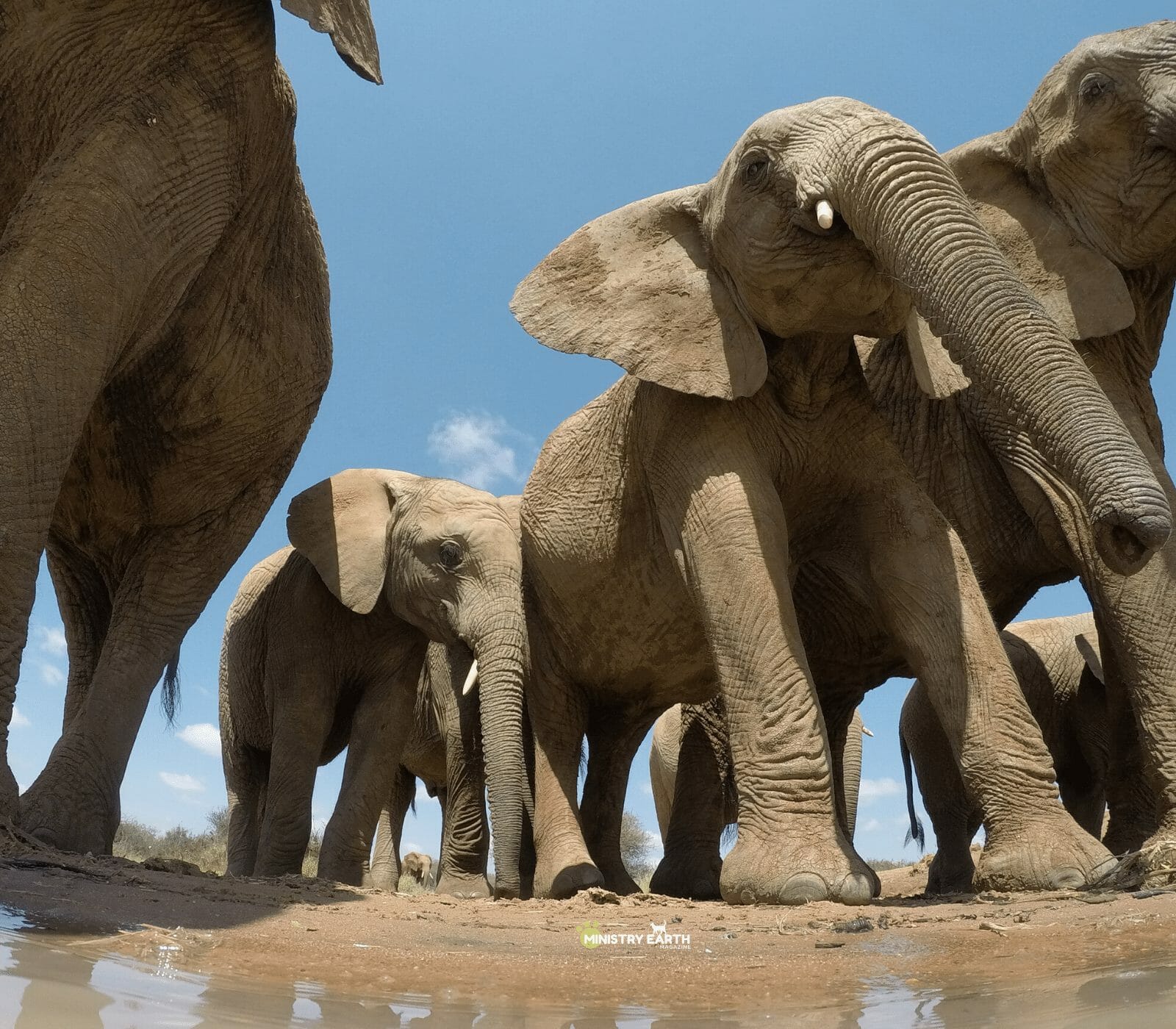 As in human societies, considering the inside look into the Social Life of Elephants, the family occupies the central place in their lives. At least this was the norm before the undergoing process of mass extermination brought about by Ivory’s increase of the trade, after all, prohibited, and the trophy hunters both dismantled the elephant’s social relationships and the species’ delicate network of support, for lack of individuals.

A family of pachyderms consists of ten to thirty specimens, guided by an old and experienced female elephant, obeyed equally by all. Sometimes we observed the exception of these rules when referring to adult males, but in general, the leadership was followed from calves to mothers, aunts, and other grandmothers in their sixties, the age when they begin to lose their teeth permanently, to die next. Even when an old female loses the herd Shepard, to a younger one, she does not lose the family’s respect and attention, and her wisdom and experience is recognized and still revered.

Social Life of Elephants: The Role of the Elderly Elephants

As Good grandmothers, elephants take advantage of retirement to take care of their youngest grandchildren actively. They are not the only ones with this task. In fact, breastfeeding mothers and elephant babies, who follow them everywhere, receive special protection and care from other family members, including other mothers.

Outside of these close family ties, a herd of females and calves marching in line also maintains contact with other packs in search of food. If the vegetation is abundant after the rainy season, in January and February, more than one hundred animals can gather at dawn or in the late afternoon to graze in a group on a single day one of them can eat up to 225 kilos of vegetation, that is, something like 0.03 of its weight; for a 70-kilogram man, that would be equivalent to eating just over 2 kilograms of food daily. Another collective mission is to chase away enemies, as is the case with lions.

If any of the offspring is attacked, the females, regardless of their family relationship with the victim or their hierarchical position within the herd, will defend the cub with all their might. Despite the more than 100 kilos of a newborn elephant, the concern about its fragility is not an exaggeration of mother owls.

In a way like human’s offspring’s, The baby elephant, which is born unprepared to survive alone after nine months of gestation, comes into the world needing to be carefully released from the mother’s womb by the trunk of her aunts, who work as excellent midwives, before becoming the nannies.

After 22 months of gestation, baby elephants learn to place themselves on their paws, still reeling, and to move with the herd on the first day of existence. On the other hand, they do not know how to breastfeed properly. Inexperienced, they can confuse the mother with an aunt who has no milk, a common mistake that explains the high mortality rate among offspring under two years. Even though the puppy’s food is supplemented with the vegetable matter after three or four months, breast milk is essential for its development. At birth, a male weighs only 2 percent of its adult weight, which can reach 7 tons (the height will reach 4 meters, up to the loin). The most voluminous females reach 3.6 tons and 3.5 meters.

When Humans become part of an Elephant Family

The volunteers recorded a video, where she is seen with her puppy, which rescuers called Yoyo, and her firstborn Yetu.

When she was just a month old, Yatta arrived at the orphanage sanctuary to be raised by humans along with other elephants in the same situation and was care for by human guardians before they were ready to be released into the wild again.

Eight years ago, Yatta was sent to its natural habitat, but recently she returned to the sanctuary by her own choice.

Yatta is now one of the many orphaned elephants returned to the wild by David Sheldrick Wildlife Trust. The Trust also has a field crew that guards and Patrols the wild environments preventing the action and presence of elephant poachers.

“We are delighted to witness the ex-orphan herds beginning to expand so naturally,” caretakers added. “There could be no greater gift for us or a testament to the success of the Orphans Project than to share the joy of such perfectly healthy baby elephants like our three ‘October kids.’” 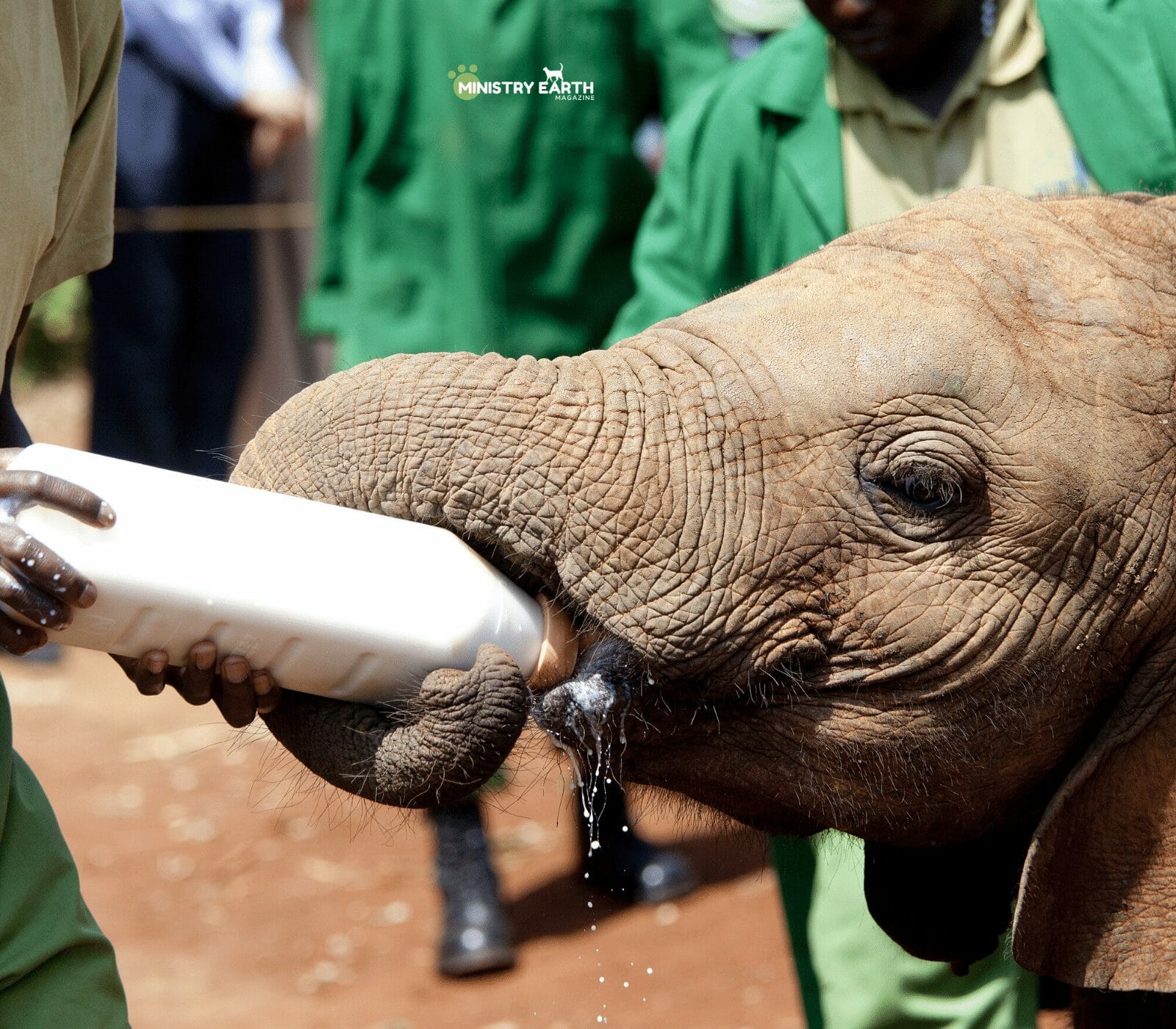 Like all mothers, the 20-year-old elephant wanted to show her babies to the people she cared about most, her former guardians at the David Sheldrick Wildlife Trust (DSWT) elephant sanctuary in Kenya.

“She is a proud mother,” said the caregivers. “It is an absolute sign of trust and affection. She brought her new baby to meet the people who had saved her.”

“Not only did we save an orphaned baby and raise her, but she also successfully returned to nature and started her own family,” said Rob Brandford.

“For elephants, the family is everything, so it is not surprising that they choose to introduce a new member of the family to their former human caregivers, because they are also part of her family.”

Rescuers are calling the elephant Yatta a “miracle mum,” as she has now given birth to two healthy calves fathered by wild-born elephants.

“Imagine our delight when she chose to share her second birth with us, returning to her former stockades and her human family, so that we could be a part of celebrating the arrival of her new baby — a healthy little boy,” caretakers added in an update.

New wild-born calves are a welcome sight for DSWT, which saves countless orphaned and injured elephants each year — many of whom are victims of poachers. That was the case for Yatta, whose mother was killed for her tusks when she was only 1 month old. Men working nearby heard young Yatta’s cries, and they helped transport her into DSWT’s care.

You will also enjoy A Tale of Spiritual Evolution: Grief and Mourning of Animals