We all witnessed and accompanied the heartbreaking story of animal mourning with Tahlequah, the Mother Orca that during a journey of 1000 miles carried her dead calf because, like any human mother, she felt grief over the loss of her offspring and was not prepared to let go. Orcas are very social whales, and their pods generally have very well knitted social and family bonds. During her process of mourning, Tahlequah, Mother Orca carried her baby while trying to keep him afloat for 17 days and almost got lost from her original pod which, in its turn, respected her pain by keeping a close but at a loving observant distance. 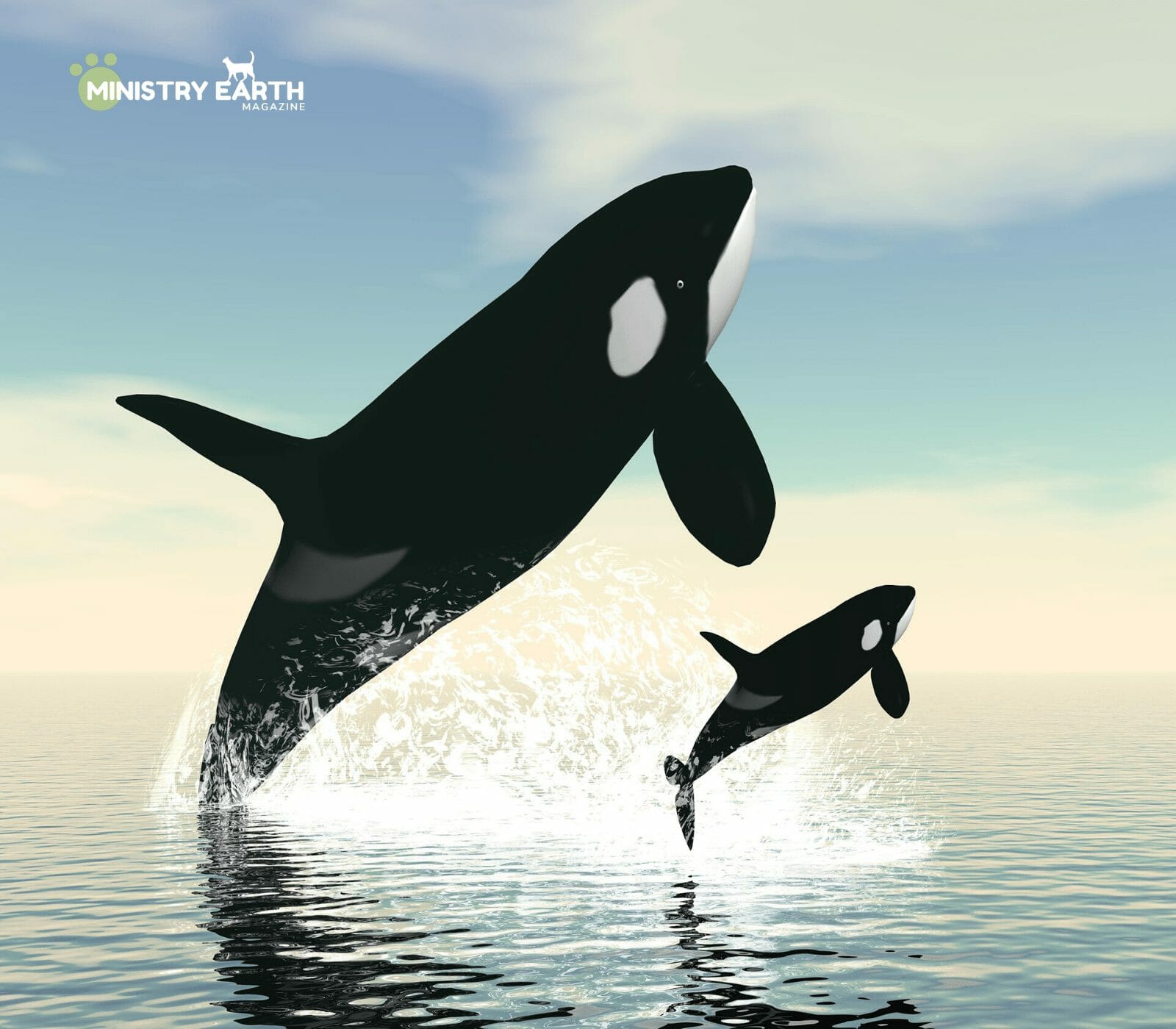 Tahlequah, the Orca: The Example of Grief in the Animal Kingdom

Is Animal Mourning Really a Surprise to Us?

Animal mourning is a concept disputed by many animal researchers, despite the facts and the many examples that have been provided by study groups of mammals and primates presenting signs of grief, suffering, and mourning in the face of the death of some of their group members.

The behavior of these animals can also help in understanding the attitudes and rituals of mourning in our own society. Humans, like all primates, have strong emotional relationships with friends and relatives. The emotional and social ties, also seen in the cases of chimpanzees, monkeys, and whales and dolphins make it easy to understand how the death of people close to us is significant in our society.

Patrick Tkaczynski, a researcher at the University of Roehampton in the UK and co-author of the research with Gibraltar monkeys, told the BBC that the behavior of these animals is not surprising. “Gibraltar monkeys are known to form long-term social bonds”. According to Tkaczynski, rituals, and practices of, mourning is consequences of human adaptation to being highly sociable.

These ties may be the answer to the peculiarly strong reactions to the death of your friends or relatives, “said the researcher. The characteristic of forming strong social bonds, therefore, can explain the behaviors of anxiety and suffering presented by the species. Even acknowledging that there is suffering among animals, Tkaczynski says it is too early to categorize it as an attitude that represents grief. Meanwhile, other researchers claim that this post-death process of friends or relatives exists in the animal kingdom. 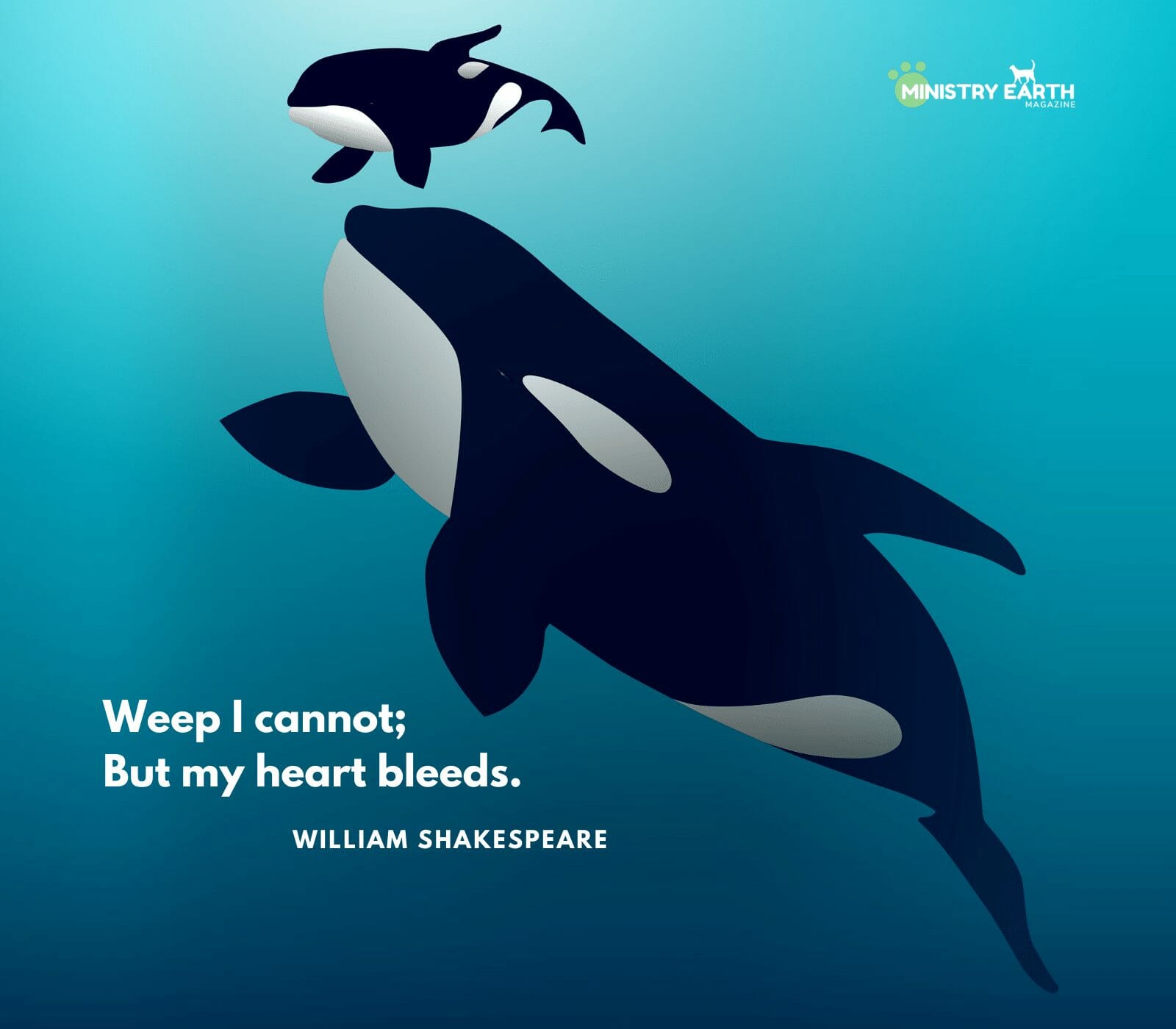 Grieving is the Expression of Emotional Ties

If grief and suffering are consequences of being so close to each other, it is not surprising that monkeys and chimpanzees respond in the same way. According to Tkaczynski, the behavior of these animals reflects “our shared evolutionary history of social bonding.”

Anthropologist Barbara King, a researcher at William & Mary College in Williamsburg, Va., Has been studying mourning for years in the animal kingdom. According to her, the cases presented are good examples of which primates are actually exhibiting grieving and mourning behavior. “I’m looking for evidence of emotional distress, changes in behavior patterns that linger for some time, some evidence of response from an animal that had a strong relationship with the dead animal. All this is present in these cases, “the researcher told the BBC.

In 2006, a study published in the Proceedings of the Royal Society analyzed the feces of a female baboon that had lost a relative. The researchers measured stress-related hormone levels, identifying that within the first four weeks after the loss of the next of kin, hormone levels were significantly higher. On the other hand, the baboons that did not experience the loss of some animal near did not present elevation in the levels of the hormone.

With other mammals, such as the whale and the dolphin, in addition to the known intelligence that these animals have, according to research from the University of Milano-Bicocca in Italy, these cetaceans are saddened by the deaths of their relatives due to the strong bond that they establish during their lifetime. Seven species of mammals have already been seen alongside a body of a dead animal, which should probably be a cub or other relative. The possible explanation for this phenomenon is called mourning. Melissa Reggente, one of the co-authors of the research, says that animals are in mourning because they feel pain and stress because they realize and know that something is wrong.

The Animal Spiritual Period of Mourning

A study published in Anthropological Science in 2009 still showed 157 cases of females of a group of Japanese monkeys (studied for 24 years) who lost their pups and carried their bodies for up to 17 days after death. According to Japanese researchers, incidents such as these show that monkeys knew their relatives had died and that therefore death has a powerful impact on the lives of these animals. “We know that monkeys are intelligent creatures with complex hierarchical structures and solid social ties. I am not surprised that for these animals, it is natural to feel the loss and express it understandably, “says King.

The Numerology of the Cycles of Mourning

It is fascinating how the number 17 is also the number of days of mourning in the Sikh religion and is some considerable importance to the process of healing and release of the soul. Tahlequah also carried her dead calf for 17 days [1].

Grief has a high cost for animals. While they mourn their loss, they stop hunting and strengthening their bond with other members of the species. The researchers hypothesize that animals mourn close relatives. It is not often that they have information about the degree of kinship between the living creature and the dead animal.

In the case of the orca known as L72, or Tahlequah, the researchers knew that she had recently given birth. She was spotted on San Juan Island, USA, with a young dead in her mouth. “She was trying to keep the calf [dead] on the surface all the time, balancing it over her head,” said Robin Baird of the Cascadia Research Collective, and one of the witnesses to her efforts.

The article also documents the case of a group of short-finned pilot whales in the North Atlantic Ocean that made a protective circle around a dead adult and cub. Another example is a spinner dolphin in the Red Sea that pushed a young man’s body toward a boat. As the people pulled the corpse, the navigators saw a group of dolphins circling the ship and then swimming away.

The scientists could not explain why dolphins did this. “Sometimes we may be seeing curiosity or exploration, or behavior that may be a difficulty in ‘hanging up,’ but that ‘it is undeniable that we can also read something like pain in animals, the energy they spend to transport or dead surfacing, touching the body repeatedly, swimming around the individual. ”

[1] The Egyptians didn’t like the number 17, according to Plutarch, it was because in the Isis /Osiris treatise, said that Osiris was killed on the 17th day of the moon when it was full.

The Same with Pythagorean disciples who used to call the number 17 “the obstruction.” But the ancient Shiites venerated the number 17 because they thought it was the symbolic representation of those who had died and had resurrected. For them, all the prayers should contain 17 words.

In ancient Italy the number 17 is a symbol of death, the roman XVII also serves as an anagram that embodied by XIVI which means ‘I have lived”.

But for those sympathizers of Alchemy and Hermetic Arts, the number 17 was a profoundly spiritual number representative of Illumination, the continuation of life in its many forms and the will to keep hope despite life’s adversities. It represents the redemptive characteristics of Faith in the pursuit of the mystic truth of the spirit.

You will also enjoy Why Do We Ignore Animal Suffering?

This article was originally published on OMTimes Magazine

Is There a Heaven for Animals?