Cats can’t resist containers in general, but cats love cardboard boxes the most. Why? Perhaps it is simply that lying in boxes reduces stress in cats.

What’s Up with Cats and Cardboard Boxes?

Anyone who had had a feline knows that they like to come into containers of any size. Whether it’s a laundry basket, a drawer, or your all-time favorite cardboard box, these cute animals just can’t resist them.

Although it can be more than a little frustrating when you buy a new bed for your cat and he dozes off in the box they came in, there might be an explanation for their obsession.

In 2014, researchers from the University of Utrecht (in the province of the Netherlands) decided to conduct a study on this specific behavior of kittens.

What they have found will not surprise you: lying in boxes actually reduces stress levels in cats.

The same researchers conducted a study in a Dutch shelter involving 19 cats, 10 of which had their own box with them.

The Dutch Scientists stated in their study:

“Stressful experiences can have a major impact on cat welfare and can cause a higher occurrence of infectious disease in shelters and sanctuaries due to the increased cortisol levels, which at its turn can lead to immunodeficiencies.

Although several studies have shown a preference for finding hiding places, due to the stress reduction in hiding, none of these studies have determined whether the same measurement would be effective in a quarantine of cats.”

The stress level was determined using the Kessler and Turner Cat-Stress Score (CSS).

After a few days, the cats with boxes experienced a lower stress level than a group of cats without a box. A few weeks later, both groups normalized, registering the same CSS.

The scientists concluded: “The stash box seems to be an important tool for dealing with stress, such as entering a new shelter environment, helping them to adapt faster in the first few weeks after arrival.” They also say they would need more time to determine what impact the stash box has on domestic cats, its long-term influences, and its correlation with outbreaks of infectious disease.

Who has cats at home already knows: our little cats love cardboard boxes. You may have already spent pretty money buying a scratching post for your kitty cat. But then you saw that he simply ignored the gift and opted instead for the brown cardboard box.

The Size of the box will not matter, they will do their best to enter the empty space and spend hours there. But after all the studies, do you know what the relationship between cats and boxes is? 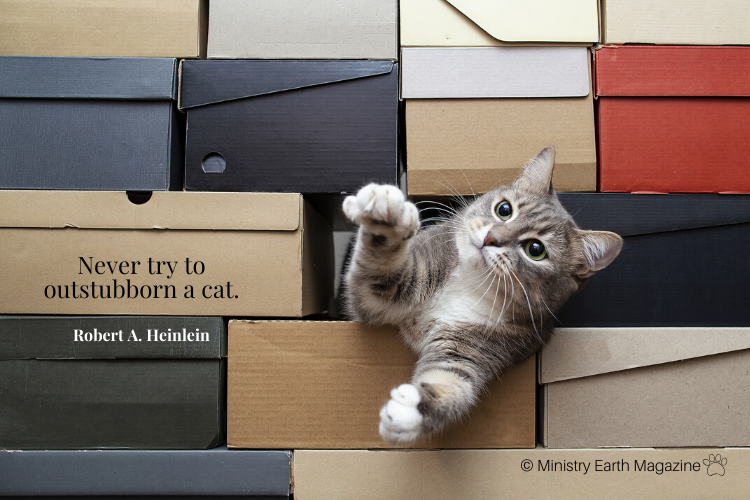 1. Safety – To unravel this passion, we must start remembering that cats have a very keen survival instinct. When inside the cardboard boxes, they feel safe and secure, just as their ancestors felt in caves and burrows. This behavior of hiding in small places allowed cats to go unnoticed by predators found in the wild. Inside their cardboard, hiding places, cats can relax. So, it is common to see them taking long naps inside of them.

2. Curiosity – Curiosity is one of the most noticeable personality traits of cats, regardless of their breed. This instinctive curiosity, combined with the need to hide, makes them hopelessly drawn to cardboard boxes.

Note that this curiosity is not only limited to boxes, but also to any object, person, or animal that first comes home. The kitten will sniff and check what it is and if it is a box, it will come inside.

3. Fun –  Cats love to play hunting. For them, all play is training to capture their prey. In addition to the feelings of security and safety, cats feel invisible when they are inside the cardboard boxes. It puts them in a position of advantage to stalk their “prey,” or rather their toys. You can even use cardboard boxes to make cat toys.

4. Scratch – Does your cat usually scratch furniture and decorative objects? This is a problem that many owners go through and can be solved with a simple cardboard box. The material is ideal for scratching as it is soft and yet strong, allowing the loose layers of nails to be removed. How about gifting your cat with a box? Also, remember that you should warn the animal when it is scratching the furniture.

The Heartfelt Story of Room 8 Cat

5. Protect from the cold – To the contrary of what many people think, cats also feel cold – even with all that fur. Cardboard can be a great thermal insulator, making it the perfect environment for a cold kitty. When you notice that your cat is hiding indoors (such as cardboard boxes) and that temperatures are low, take some steps to give your pet more thermal comfort. Maybe provide their boxes with some small blankets.

6. Privacy – Yes, cats need privacy. A little social isolation allows our beloved felines to feel safer in certain situations, such as moving from one house to another, or the arrival of a new pet in the house.

Cardboard boxes can be used to adapt an adult cat to a new home, for instance.

Most likely, the cat will be hiding in the box for a while, watching the new home, and analyzing all the smells and sounds. Gradually, the animal will come out of hiding and explore the environment with ease.

A Valuable Tip to avoid problems between cats and boxes

It may seem obvious, but it’s always worth remembering: If you plan to leave a cardboard box at your kitty’s disposal, make sure there is an air intake opening. Also, check if your little friend will be able to come in and to go out to feed and to perform his biological needs. 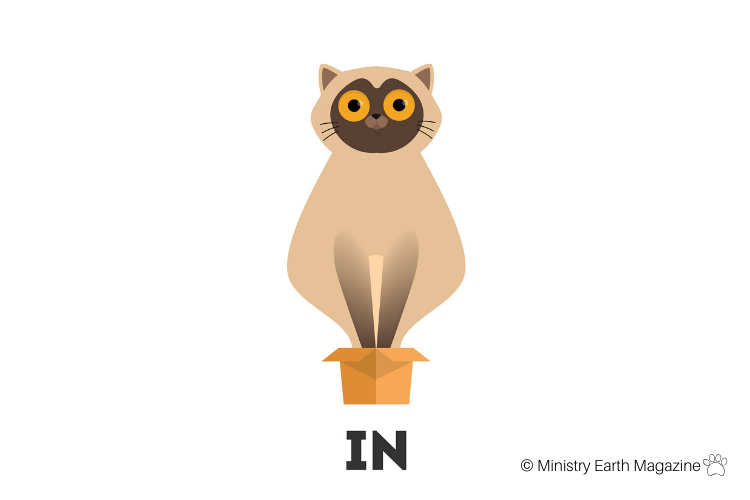 You will also enjoy Bommer the Flying Cat

Euthanasia: When It Is Time To Say Goodbye

The 9 Benefits of Adopting a Cat