Saint Francis’ love and protection for all the Earth and all the creatures that inhabit the Earth are at the heart of the Franciscan Tradition and are the reason he is the Patron Saint of Animals and Ecology.

The Role of Animals in the Franciscan Tradition

Saint Francis of Assisi and the Franciscan Tradition with Animals

Saint Francis of Assisi is known as the patron saint of animals and ecology because of his love for all the creatures that inhabit the earth. The saint regarded animals as a gift of creation. Saint Francis’ regard and protection for all the creatures of the Earth are at the heart of the Franciscan Tradition.  That is why on the day of his death, October 4, World Animal Day is celebrated.

Saint Francis was born in the Italian city of Assisi and belonged to a wealthy family. However, he decided to get rid of all material wealth to serve his fellow men and all living things. He was surrounded by animals and believed to have obeyed him.

It is no secret that when he became Pope, Jorge Mario Bergoglio adopted the name of the Holy Father Francis of Assisi. In his action, he expected to let the world know that he would be choosing the Franciscan perspective while leading his Christian Flock.

In a recent letter, the pope begged the world to acknowledge the sad truths about human interference with the environment and the terrible damage done to living things, including animals, according to the Dodo report.

The Pope says that humans and animals are all interconnected:

“We have only one heart, and the same problems that lead us to mistreat an animal will soon manifest in our relationship with other people. Every act of cruelty against any creature is contrary to human dignity. “

Humans cause the Mass Extinction of Animals

“For our sake, thousands of species will cease to give glory to God simply because they exist, they will no longer carry their message to us. We do not have that right. “

Divine mentions aside, the pope’s message resonates between scientists and anyone who appreciates the planet’s biodiversity and who is aware of the effects of human activity. The Pope urges people and governments to show respect for species, considering the way we treat them.

Humans need to take responsibility for the consequences of their actions.

“When assessing the environmental impact of a project, they usually care about the effects on soil, water, and air, but few careful studies are done about the impact on biodiversity as if the damage to plant and animal species was importance. (…) As a result, some species face the risk of extinction. “

The pope says that mankind’s economic undertakings outweigh the basic needs of animals and plants. The high priest repudiated those who prioritize financial gains to animal welfare. 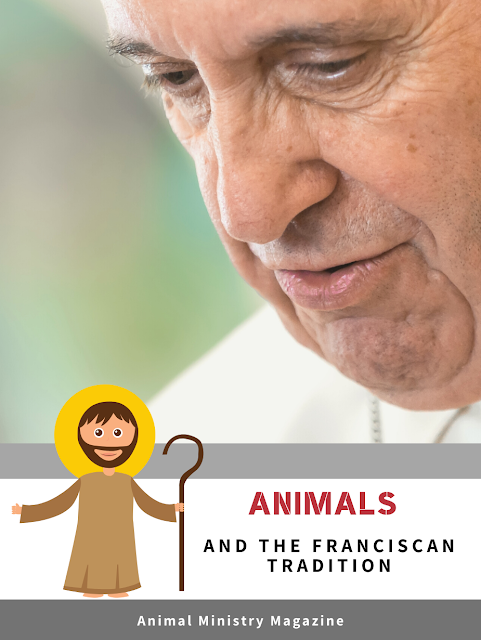 Animals are sentient beings, not property.

“It is not enough to see different species as potential ‘resources’ to be exploited without seeing the fact that they have value in themselves. ”

Although the animals are much exploited by humans, the Pope distinguishes between appropriate uses and flagrant violations of animal dignity.

The pope, whose birth name is Jorge Mario Bergoglio, also explains why he chose Francis as the pontifical name.

We can all learn from the “inspirer” of the pope’s name: St. Francis, the patron saint of animals.

“His reaction to the world around him went far beyond intellectual appreciation or economic calculation, for him, every creature was a sister, with whom he was bound by bonds of affection … Such a conviction cannot be dismissed as naive romanticism, for it affects the choices that determine our behavior. ”

Fables tell us that St. Francis preached to wild animals, especially birds. The pope mirrors this reverence for all terrestrial organisms and defends the seriousness of the position of the saint.

We are all connected to each other

“Everything is related, and we human beings are united as sisters and brothers in a wonderful pilgrimage, united by the love that God has for each of his creatures and that also unites us in a warm affection with the brothers’ sun, moon, river and with the Mother Earth.”

Humans, animals and the planet are one. If the pope’s opinion sounds familiar, it must be because he was not the first human being to convey such an important message. In 2015, Pope Francisco adhered to a tradition of preachers who felt love for animals.

Just think of his name, and we can understand why Pope Francis loves animals. As St. Francis of Assisi said, they are our “younger brothers,” and we must show them respect. In this article, we will tell you more about the relationship between the Supreme Pontiff and all living things.

Kindness to Animals: The Bahá’í Faith and Animals

The Pope says: ‘The animals go to heaven.’

In one of his weekly speeches, Pope Francis issued an extraordinary statement that drew the attention of people who love all beings who inhabit this world. It has also been a balm for those who have recently lost a much-loved pet.

The Pope said that the afterlife is not a present only for believing humans, but also for animals. According to his words: “The Holy Scriptures teach that this wonderful plan includes all that surrounds us and which was conceived by the mind and heart of God.”

In turn, he said in an interview given to the news site Repubblica that “the sky is open to all creatures. In that place, they will receive the joy and love of God without limits. ”

It is worth noting that the position of Francis concerning his animals is contrary to that of his predecessor (Benedict XVI). This one, although loving the cats, said that the existence of the animals was limited to his life on earth.

The current Pope is not the first to show his friendly and respectful approach to animals. John Paul II, for example, once said that “the animals had a divine breath.”

Francisco was renamed in honor of the patron saint of animals. It has already been reported in other statements to be in favor of nonhuman creatures. True to his namesake, Pope Francis followed the Franciscan Tradition with his first homily since his election as Vatican Pontiff, he sent his message to the faithful to protect all creatures born of divinity.

Pope Francis: ‘Many pity the animals, but not their neighbors’

Another of the Pope’s statements regarding animals has left the faithful open-mouthed. He lamented for those people who feel a lot of affection for the animals but show indifference towards their fellow men. It was during a general audience in St. Peter’s Square before thousands of people.

“We must be attentive and not confuse piety with commiseration, which is a superficial emotion. How often do we see people who take care of dogs and cats, but then do not help their hungry neighbors? We cannot profess compassion for animals if we are indifferent to the suffering of our neighbor, “said Francisco.

This does not mean, of course, that the Pope is against animals (as has already been shown in other statements), but rather that we should be more equitable in our aid, solidarity, and compassion. This means that the Pontiff places all sentient beings in the same place. 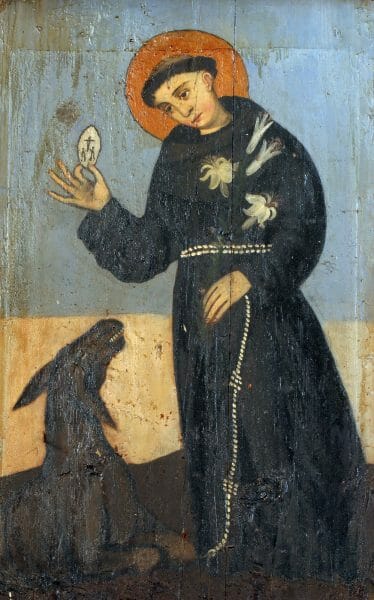 You will also enjoy The Spiritual Roles of Our Pets

Saint Francis and the Animals

Is There a Heaven for Animals?

What Are the Spiritual Roles of Pets