From how we treat animals and the planet to how we treat each other, humanity needs to develop an Ethical Conscience: Ethics of Care.

Understanding the Ethics of Care

The definition of Ethical Conscience, Ethics of Care, is one that is a moral construct that defends, maintains and preserves the integrity of Life. It is a concept that involves an inclusive outlook and a compassionate attitude towards the whole web of life and the environment.

We must fight against the spirit of unconscious cruelty with which we treat the animals. Animals suffer as much as we do. True humanity does not allow us to impose such sufferings on them. We must make the whole world recognize it. Until we extend our circle of compassion to all living things, humanity will not find peace. ~Albert Schweitzer

First, one can mention the importance of compassion to establish a truthful Ethical Conscience. Justly, compassion is based on a very precise awareness of our relevance to the totality of the world. Far from being identified with a mere feeling of pity or sympathy, compassion conveys the sincere desire to remedy all forms of suffering that erode humanity and all the creation.

As the Dalai Lama points out, compassion relates to the expanding movement of love, which seeks, above all, the well-being of others. This feeling is stronger than self-love and finds no satisfaction while it can identify the presence of suffering.

Compassion is an essential element present in various religious traditions. Compassion is known as Karuna in Buddhism, (essential care for the world, empathy); it is ahimsa in Hinduism (Do no hurt); it is Wu-Wei in Taoism (not interfering in the dynamics of nature); it is Rahamin in Jew-Christianity (compassion in the form of Mercy), It is Rahman, and Rahin, (mercy that leaves nothing outside itself, as a mother that guards and shelter their young).

Our time lacks an “ethic of compassion.” We cannot understand how we human beings can remain indifferent while witnessing such a disturbing historical trend we are currently facing; where living conditions and violence prevent the affirmation of the dignity of human beings. 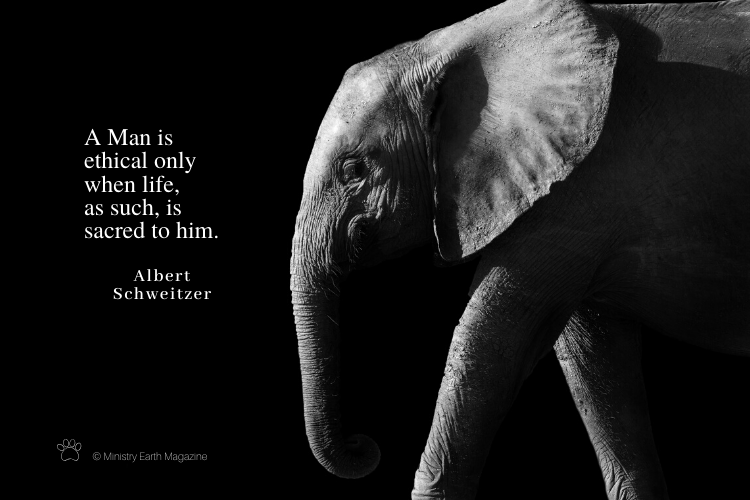 The Challenge of Openness to the Question of Meaning

Just as white light consists of colored rays, so reverence for life contains all the components of ethics: love, kindliness, sympathy, empathy, peacefulness, and power to forgive. ~Albert Schweitzer

The meaning of Ethics of Care must be comprehended within the horizon of sense, and its semantic field should go beyond the social practice. It is in such a framework that it can present itself as a relevant practical orientation for human action. The Praxis of Consciousness of Caring should be an essential way for Human Living: caring for this planet, being helpful for other beings; accepting the totality of the human experiences including and encompassing their spiritual reality. When the dynamics of a compassionate outlook is considered as a vital element of the ethical conscience, it can break with self-centered blockages and awakens the subject to the adventure of communion with all there is.

One might think that because of this, the ethics of care could provide a basis for an anthropocentric point of view that excludes non-human animals. The reason would be that, since we generally have stronger relationships with humans, we should give priority to their interests and pay less attention to the interests of nonhuman animals. This argument was rejected by advocates of the consideration of nonhuman animals from care ethics such as Josephine Donovan and Carol J. Adams.

Ethics of Care or Ethical Conscience has its psychological basis in the human being’s ability to transcend the concrete situation of the self-directed desire to live and make decisions aimed at the well-being of the environment, people, and nonhumans animals, on which his own satisfaction depends intimately. This type of stance is possible through the intentional development of virtues such as Compassion, Kindness, and solidarity. Without these elements, it will be doubtful that the human species will survive it is own extinction.