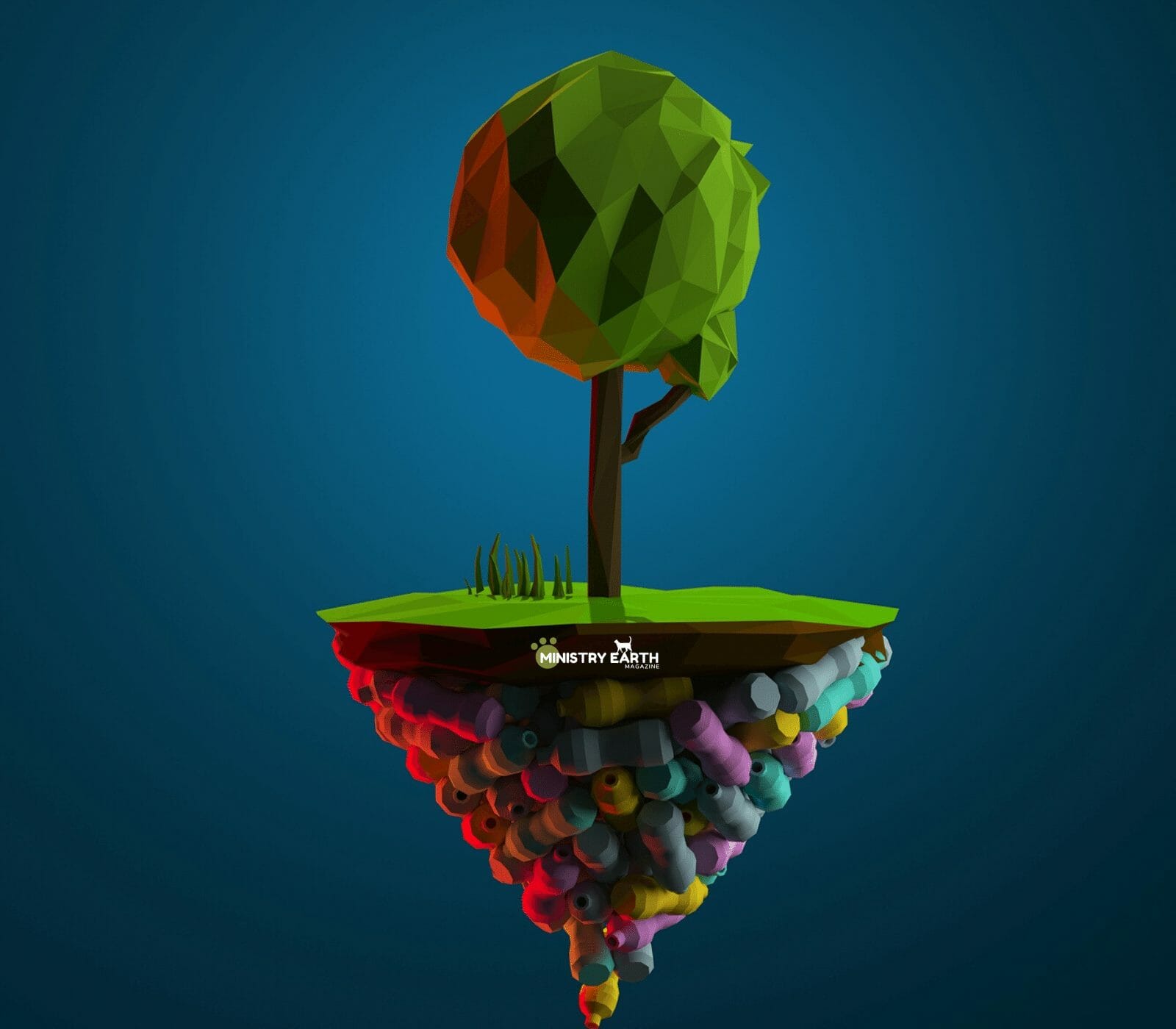 The Floating Recycled Artificial Island made of Plastic Bottles

The idea of building floating houses on the sea, on the river, or in the lagoon is gaining supporters. But Englishman Richart Sowa was able to innovate and created his own artificial island made of PET bottles. Many people have dreamed of having an island, and the only difference for Richard is that he really managed to have it. But it took a lot of courage: when Rishi moved to Mexico, he built an island with about 250,000 PET bottles, an inexpensive form of construction that increases buoyancy, and guaranteed sustainability.

A former carpenter who became interested in sustainable engineering, Richard Sowa, known as Rishi, left his job to spend six years building his first island made primarily from recycled materials. This environmentalist built the first island in 1998, near Puerto Aventuras, with 250,000 plastic bottles to keep it properly afloat. For that, he added, mangroves & planted roots to give an even more natural look to the place.

The role that this environmentalist developed in addition to being incredibly creative was not just another different construction project, he helped remove a type of waste that lasts about 400 years to decompose from the environment. And it is not only the visual pollution that the garbage causes, making the analysis of the life cycle are considered the consumption of natural resources and other raw materials, use of water and energy, atmospheric emissions, generation of liquid effluents and production of solid waste during the recycling process for these bottles. Unfortunately, their recycled island was destroyed in 2005, when Hurricane Emily traversed the area devastating the environment along with his first original island. Most of his island was taken to the beach, but Sowa decided to build a new island, in a safer area. With a strong will, he gathered bottles again, and in 2008, Joyxee Island was born, and it is where he currently lives.

With the support of many volunteers, Rishi Sowa gathered around 100,000 plastic bottles and built his second floating recycled island in a lagoon that offers protection from bad weather. The new island has a house, beaches, two lagoons, and a waterfall of solar energy. According to the creator of the island, it may grow even more in the future.

The construction of the island attracted volunteers from all over the world to come to Mexico and help Richard Sowa to improve his original idea.

Joyxee Island or the Spiral II is the second artificial floating &  recycled island built in the waters of Isla Mujeres, near Cancun, Mexico. The Place has been accessible for trips and excursions since 2008.

The new island was initially 66 ft in diameter, which has since expanded to 82 ft, where many plants, including mangroves, were already growing on it. The Little island encompasses about 100,000 bottles and has three beaches, a tiny house, a solar-powered waterfall and river, two ponds, a wave-powered washing machine, and solar energy.

The Joyxee, the floating Islet, has been showcased over many papers and TV documentaries around the world, including Asian countries, and has been featured on the MTV program Extreme Cribs in 2011. This time, to give more strength to the structure, he gathered plant roots and grew crops inside the bottles. Thus, the land and the island are kept together, and the whole space has an even more refreshing aspect. Many volunteers had helped with Rishi’s project.

Sowa promises that he will continue to make improvements to his little floating Island, that it will always be a work of art in progress.