Many witch legends have been preserved to this day. They all convey a rather grotesque image to them, as evil sorceresses, with the classic wart on their noses. The Witches “evilness” was also constructed around cats. These animals had acquired a bad reputation out of ignorance and discrimination. Yes, that’s right, these animals were long conceived as witches’ companions, but it was not always like that. At other times throughout human history, they were also recognized as true Gods.

How you behave toward cats here below determines your status in Heaven. Robert A. Heinlein

Few animals are as genuine as the cat. Few animals hold so much mystery, and multiple mystical stories have our feline friends as the protagonist. Do you want to know them? In this article, we talk about the mysticism that surrounds kittens.

We can observe numerous comical behaviors in our cat. Still, indeed, we will also observe strange behaviors, sudden jumps, meows facing a fixed point where apparently there is nothing out of the ordinary. In ancient Egypt, cats were called “Miw,” which means “to see.” Statues that imitated this animal were made to be placed outside houses. In this way, it was believed that the cat could protect the home because it could perceive everything as unusual and out of the ordinary. The cat’s figure was highly revered in Egypt, so much so that when a feline died, it was mummified. It was decreed several days of mourning. On the other hand, if the feline’s death was not natural but was due to mistreatment, the person responsible was sentenced to the death penalty. 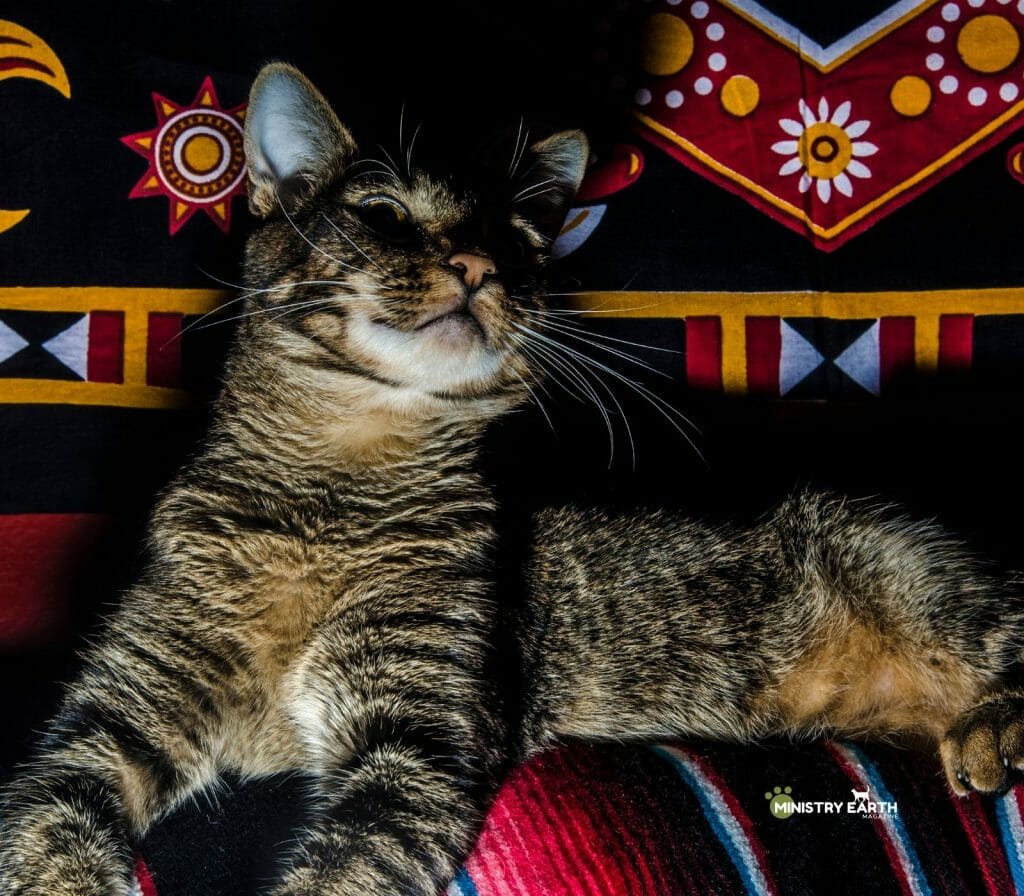 Should You Raise a Vegetarian Cat?

Is the Feline Species from this Planet?

There is a fascinating theory of extraterrestrial cats, which seems to have a solid foundation. Even though we know that dogs are descended from the wolf, how do we draw the cat’s evolutionary line? It is known that the cat began contact with humans in Ancient Egypt, but where were the cats long ago? To this day, it cannot be concluded with the total scientific consensus that Kittens obey another animal’s evolution. Some say that their sudden appearance in our culture has already been related to extraterrestrial life. It makes us think about these animals’ possible interstellar origin.

“In Istanbul, I met a man who said he knew beyond a doubt that God was a cat. I asked why he was so sure, and the man said, “When I pray to him, he ignores me.” ~ Lowell Thomas

Cats and Their Great Psychic Ability

How Do We Relate to Our Pets Energies?

It is believed that felines capture subtle energies that humans are not capable of perceiving. They do that through their hearing, their sense of smell, and their supposed sixth sense. Those outstanding abilities would make the feline the best animal to perceive strange presences and spirits. In fact, they have been conducted various studies in this regard. It is also believed that some cats feed on negative energies. When it rests for an extended period in the corner of the house, it is precisely absorbing these energies to transform them and finally eliminate them from our home. For this supposed capacity, some people clean the tarot cards by rubbing them against their cat’s back.

It is difficult to obtain the friendship of a cat. It is a philosophical animal… one that does not place its affections thoughtlessly. Theophile Gautier

The Faithful Companion of Witches

At the beginning of this article, we already mentioned how felines have been linked to witches since ancient times, especially during medieval times, since cats symbolized the dark and the magical. Some texts that reveal preserved pagan traditions say that once a magic circle has been formed for a ritual, only a cat could enter it and exit freely. It was also believed that witches could turn into cats but could also cast spells to transform other human beings into these mysterious felines. The relationship between witches, cats, and evil has been perpetuated for many centuries. So much so that today there is still the superstition that crossing paths with a black feline are synonymous with bad luck. However, it is only a superstition, as widespread as it is false. Black cats are lovely and extraordinary sentient beings.