Gotokuji: The Cat Temple in Tokyo

On the Temple in Gotokuji, we can find one of the most famous Japanese cultural symbols of our time. The Maneki Neko, which is that figurine of the lucky kitten that you see almost everywhere.

The Cat waves his right or left paw, depending on how lucky the person is to attract him. They say that raising the right paw attracts health and prosperity, and if it is left, it attracts customers. This is placed at the entrance to commercial establishments. 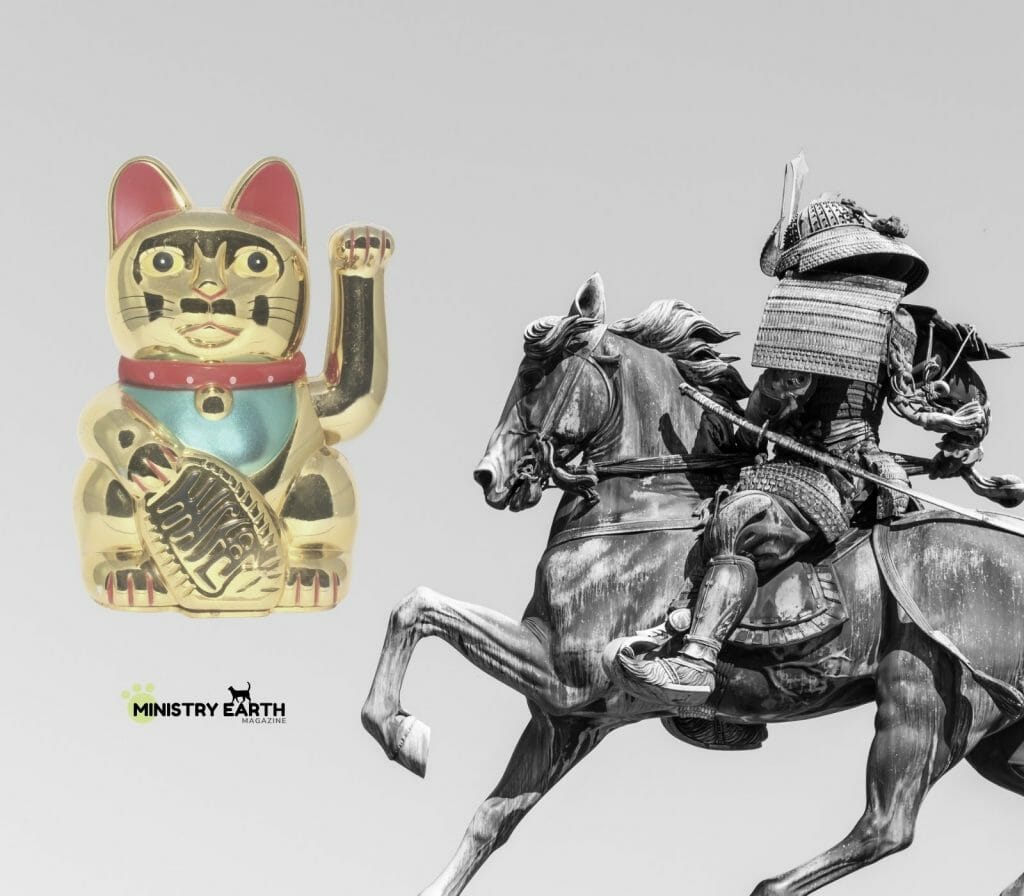 The Samurai and the Cat

There are some versions about the beginning of the Maneki Neko legend. One of them says that when the samurai Ii Naotaka returned from a battle, he was surprised by heavy rain and took shelter under a tree next to the Gotokuji Temple.

At the time, the place was sparsely populated and, therefore, extremely poor. At that Temple lived a Buddhist monk and a cat named Tama.

While waiting for the heavy rain to pass under the tree’s protection, Naotaka looked at the old Temple and saw the Cat sitting on its hind legs. The Feline was waving its right front leg raised towards him. The samurai headed towards the Temple to see up close the kitty’s ability to wave at him.

When Naotaka arrived at the Gotokuji Temple, a lightning strike hit exactly the tree he was just moments ago. The warrior immediately realized that that cat gesture had saved his life. Then he went into the Temple to pray for his good fortune.

There were several leaks in the Temple main hall, and the entire Temple was in poor condition. Naotaka made a generous offering at the altar, started to frequent the place, which became the official Temple of the whole family clan. Consequently, it became a prosperous sanctuary, visited by all the people of the region.

A Cat as a Benefactor

To honor the kitten Tama’s gesture, above all, who had saved Naotaka’s life, a statue of her with the raised paw was sculpted and placed on the spot. Tama’s is also known for having brought prosperity to that Temple and the entire region. That way, she is still regarded as a Temple benefactor.