Owls are Employed As Pest Control in Japan

According to recent national surveys, the use of Ural Owls as a natural means of pest control has been effective in apple orchards in Japan.

For centuries, many Japanese farmers have relied on owls to keep the number of rats at manageable levels. Research in recent years has shown that nocturnal predators are incredibly efficient.

Reintroducing the Ural Owls to the Orchards

The well known Ural owl (Strix uralensis) is a large nocturnal predator. It is a member of the real owl family, Strigidae. The Ural owl is a member of the genus Strix.   That designates also the origin of the family’s name under Linnaean taxonomy. This type of bird is also distributed through all five of Japan’s main islands (i.e., only absent from Okinawa / Ryukyu Islands to the south).

These Ural owls have long nested in orchards with a large population of rodents. Still, Japanese apple growers were the first to notice the beneficial effect that winged predators had on their orchards. Since then, they have used them as a natural way to control pests in your apple orchards. 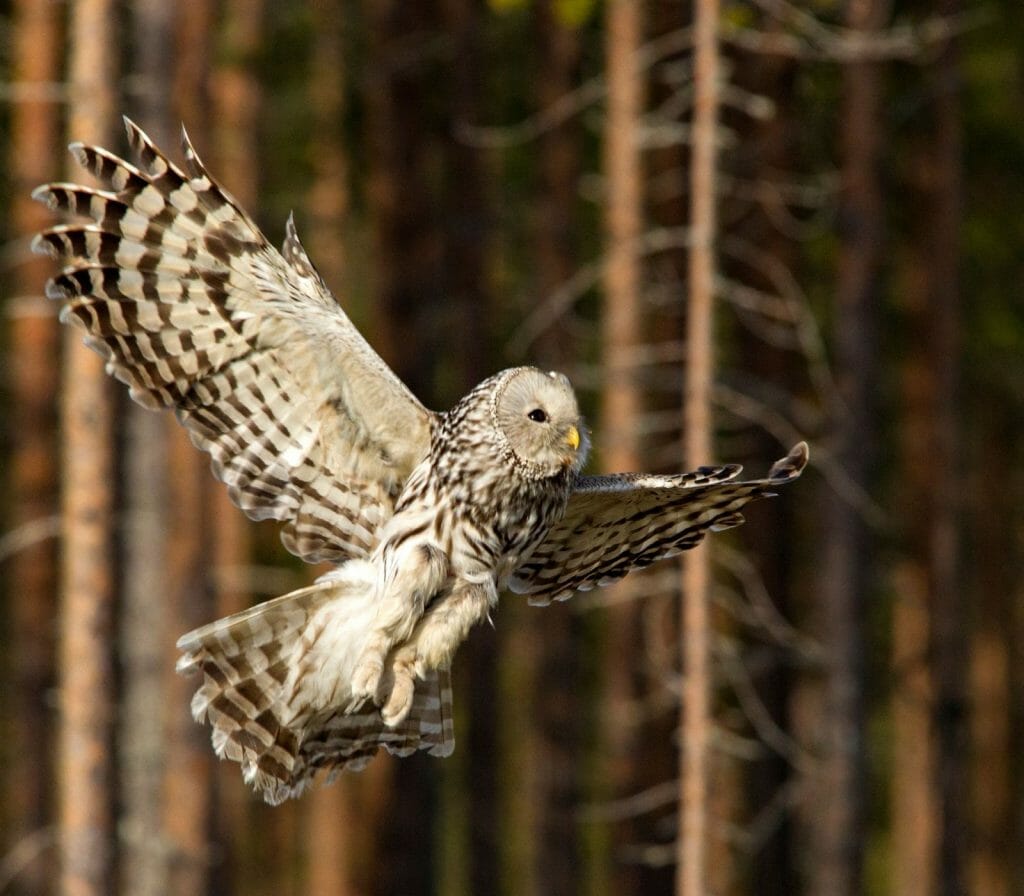 Restoring an Environmental Balance Through a  Conscious Breeding Program

Besides allowing owls to set up nests on hollow tree trunks, the Fruit growers have also begun to install tree houses. These were designed to encourage owls to settle on their properties. They soon realized that owls significantly reduced the rat population, which meant healthier trees, and higher profits.

As you probably know, due to their small territory, Japan has to be very careful with their agriculture and production of fruits. Farmers cannot afford to lose much of their production to rats. The use of pesticides or other chemical means is not always an option. It is the truth especially on organic farms, so many orchard owners depend on these predatory birds.

Although the use of owls is a constant in the tradition in Japan for many years, the birds’ effectiveness as pest control has also been confirmed by recent research.

In a 2019 study, a team of Japanese scientists quantified the pest control effects of raising Ural owls in apple orchards. They found that the nocturnal predators reduced rat populations within their breeding territories by an estimated 63%. The results were given in comparison to orchards without the skillful owls.

Animals Can Assist in Various Ways as Pest control

“Since the breeding of These predators provides significant effects of pest control in their breeding territories, the reintroduction of breeding pairs of Ural owls in orchards would contribute to rodent pest control,” concluded the study.

“Promoting the reproduction of native birds of prey in agricultural areas can be an option to develop integrated pest management and, at the same time, maintain regional biodiversity.”

According to the study, a single owl can hunt up to 10 bush mice per night. As the birds reproduce, their effectiveness also increases. The use of owls as pest control is not unique to Japan. In fact, vineyards and orchards in the United States have also used them for decades.

Besides, owls are not the only birds that can replace pesticides.

In Thailand, they often use large flocks of hungry ducks to end pests in rice fields. We find them also in South Africa, China, India and Vietnam.