Take care of your pets.  Be aware of these eight of the most dangerous foods you may give to your pet during the holidays that can kill your dog.  Learn the effect they can have on their general health and well being.

Most dogs love food, and they’re especially attracted to what they see us eating. Unfortunately, there are foods that can kill your dog.  While sharing the occasional tidbit with your dog is fine, it’s important to be aware that some foods can be very dangerous to dogs. Take caution to make sure your dog never gets access to the foods below. Even if you don’t give him table scraps, your dog might eat something that’s hazardous to his health if he raids kitchen counters, cupboards, and trash cans.

Infographic – 8 Thanksgiving Foods that can Kill your Dog

Explore more infographics like this one on the web’s largest information design community – Visually.

Here are some other foods that can kill your dog

Avocado leaves, fruit, seeds, and bark may contain a toxic principle known as persin. The Guatemalan variety, a common one found in stores, appears to be the most problematic. Other varieties of avocado can have different degrees of toxic potential.

Birds, rabbits, and some large animals, including horses, are especially sensitive to avocados, as they can have respiratory distress, congestion, fluid accumulation around the heart, and even death from consuming avocado. While avocado is toxic to some animals, in dogs and cats, we do not expect to see serious signs of illness. In some dogs and cats, mild stomach upset may occur if the animal eats a significant amount of avocado flesh or peel. Ingestion of the pit can lead to obstruction in the gastrointestinal tract, which is a serious situation requiring urgent veterinary care.

Avocado is sometimes included in pet foods for nutritional benefit. We would generally not expect an avocado meal or oil present in commercial pet foods to pose a hazard to dogs and cats.

Raw bread dough made with live yeast can be hazardous if ingested by dogs. When raw dough is swallowed, the warm, moist environment of the stomach provides an ideal environment for the yeast to multiply, resulting in an expanding mass of dough in the stomach.

Expansion of the stomach may be severe enough to decrease blood flow to the stomach wall, resulting in the death of tissue. Additionally, the expanding stomach may press on the diaphragm, resulting in breathing difficulty. Perhaps more importantly, as the yeast multiplies, it produces alcohol that can be absorbed, resulting in alcohol intoxication.

Affected dogs may have distended abdomens and show signs such as a lack of coordination, disorientation, stupor, and vomiting (or attempts to vomit). In extreme cases, coma or seizures may occur and could lead to death from alcohol intoxication. Dogs showing mild signs should be closely monitored, and dogs with severe abdominal distention or dogs who are so inebriated that they can’t stand up should be monitored by a veterinarian until they recover.

Chocolate intoxication is most commonly seen around certain holidays—like Easter, Christmas, Halloween and Valentine’s Day—but it can happen any time dogs have access to products that contain chocolate, such as chocolate candy, cookies, brownies, chocolate baking goods, cocoa powder, and cocoa shell-based mulches.

The compounds in chocolate that cause toxicosis are caffeine and theobromine, which belong to a group of chemicals called methylxanthines. The rule of thumb with chocolate is “the darker it is, the more dangerous it is.” White chocolate has very few methylxanthines and is of low toxicity.

Dark baker’s chocolate has very high levels of methylxanthines, and plain, dry unsweetened cocoa powder contains the most concentrated levels of methylxanthines. Depending on the type and amount of chocolate ingested, the signs seen can range from vomiting, increased thirst, abdominal discomfort, and restlessness to severe agitation, muscle tremors, irregular heart rhythm, high body temperature, seizures, and death. Dogs showing more than mild restlessness should be seen by a veterinarian immediately.

Dogs are far more sensitive to ethanol than humans are. Even ingesting a small amount of a product containing alcohol can cause significant intoxication. Dogs may be exposed to alcohol through drinking alcoholic drinks, such as beer, wine or mixed drinks (those with milk, like White Russians and “fortified” egg nog, are especially appealing to dogs), alcohol-containing elixirs and syrups, and raw yeast bread dough (please see the above section on bread dough).

Alcohol intoxication commonly causes vomiting, loss of coordination, disorientation, and stupor. In severe cases, coma, seizures, and death may occur. Dogs showing mild signs of alcohol intoxication should be closely monitored, and dogs who are so inebriated that they can’t stand up should be monitored by a veterinarian until they recover. 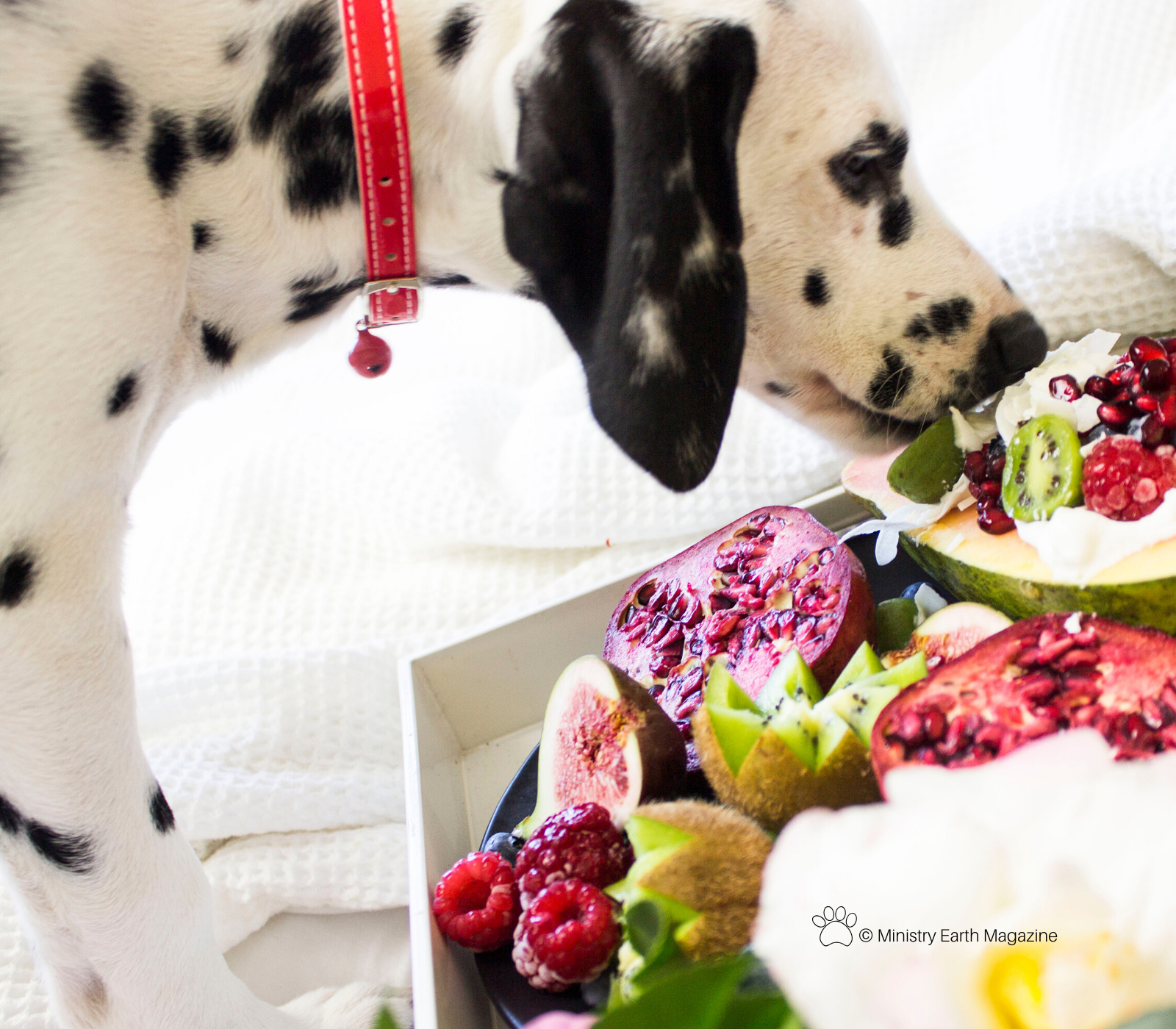 Grapes and raisins have recently been associated with the development of kidney failure in dogs. At this time, the exact cause of the kidney failure isn’t clear, nor is it clear why some dogs can eat these fruits without harm, while others develop life-threatening problems after eating even a few grapes or raisins.

Some dogs eat these fruits and experience no ill effects—but then eat them later on and become very ill. Until the cause of the toxicosis is better identified, the safest course of action is to avoid feeding grapes or raisins to your dog. Dogs experiencing grape or raisin toxicosis usually develop vomiting, lethargy or diarrhea within 12 hours of ingestion.

As the signs progress, dogs become increasingly lethargic and dehydrated, refuse to eat and may show a transient increase in urination followed by decreased or absent urination in later stages.

Death due to kidney failure may occur within three to four days, or long-term kidney disease may persist in dogs who survive the acute intoxication. Successful treatment requires prompt veterinary treatment to maintain good urine flow.

Cultivated hops used for brewing beer have been associated with potentially life-threatening signs in dogs who have ingested them.

Both fresh and spent (cooked) hops have been implicated in poisoning dogs. Affected dogs develop an uncontrollably high body temperature (often greater than 108 degrees Fahrenheit), which results in damage to and failure of multiple organ systems. Dogs poisoned by hops become restless, pant excessively, and may have muscle tremors and seizures. Prompt veterinary intervention is necessary to prevent death in these dogs.

Although macadamia nut toxicosis is unlikely to be fatal in dogs, it can cause very uncomfortable symptoms that may persist for up to 48 hours. Affected dogs develop weakness in their rear legs, appear to be in pain, may have tremors and may develop a low-grade fever. Fortunately, these signs will gradually subside over 48 hours, but dogs experiencing more than mild symptoms can benefit from veterinary care, which may include intravenous fluid therapy and pain control.

A wide variety of molds grow on food. Some produce toxins called tremorgenic mycotoxins, which can cause serious or even life-threatening problems if ingested by dogs. Unfortunately, it’s not possible to determine whether a particular mold is producing tremorgenic mycotoxins, so the safest rule of thumb is to avoid feeding dogs moldy food.

In other words, if you wouldn’t eat it, neither should your dog. Promptly remove any trash or moldy debris (road-kill, fallen walnuts or fruit, etc.) from your dog’s environment to prevent him from eating it. The signs of tremorgenic mycotoxin poisoning generally begin as fine muscle tremors that progress to very coarse total-body tremors and, finally, convulsions that can lead to death in severe cases.

All close members of the onion family (shallots, onions, garlic, scallions, etc.) contain compounds that can damage dogs’ red blood cells if ingested in sufficient quantities. A rule of thumb is “the stronger it is, the more toxic it is.” Garlic tends to be more toxic than onions, on an ounce-for-ounce basis.

While it’s uncommon for dogs to eat enough raw onions and garlic to cause serious problems, exposure to concentrated forms of onion or garlic, such as dehydrated onions, onion soup mix or garlic powder, may put dogs at risk of toxicosis.

The damage to the red blood cells caused by onions and garlic generally doesn’t become apparent until three to five days after a dog eats these vegetables. Affected dogs may seem weak or reluctant to move, or they may appear to tire easily after mild exercise. Their urine may be orange-tinged to dark red in color. These dogs should be examined by a veterinarian immediately. In severe cases, blood transfusions may be needed.

Xylitol is a non-caloric sweetener that is widely used in sugar-free gum, as well as in sugar-free baked products. In humans, xylitol does not affect blood sugar levels, but in dogs, the ingestion of xylitol can lead to a rapid and severe drop in blood sugar levels. Dogs may develop disorientation and seizures within 30 minutes of ingesting xylitol-containing products, or signs may be delayed for several hours. Some dogs who ingest large amounts of xylitol develop liver failure, which can be fatal. All dogs ingesting xylitol-containing products should be examined by a veterinarian immediately.

You will also enjoy 8 Forbidden Foods for Cats: Fruits and Vegetables

Tags
HOLIDAYS AND PETS – 8 FOODS THAT CAN KILL YOUR DOG 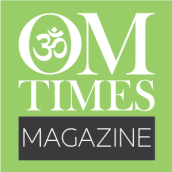 OMTimes Magazine is one of the leading on-line content providers of positivity, wellness, and personal empowerment. OMTimes Magazine - Co-Creating a More Conscious Reality.