The Temple of Cat Monks

Nyan Nyan Ji: The temple of The Cat monks in Kyoto

To the delight of cat lovers, the Land of the Rising Sun is full of charming surprises. Like ancient Egypt, Japan is a nation where cats are valued and loved, so much so that there are Shrines and Temples dedicated to the felines. In addition to the Maneki Neko (that lucky cat) and the kitten videos, the love for the cats can be seen in various places in the country. An example of this is the Nyan Nyan Ji shrine, which means Meow Meow Shrine in an English translation.

Many legends have them as sacred festivals, amulets, and “Cat Cafés,” the cafeterias where you can spend time in the company of the spoiled and purring furry kitties. There are also islands, known as “Cat Island,” where felines are revered. The love for these little cats is such that there is even a particular date to honor them. It is the 22nd of February, known in Japan as “Neko-no-hi” (猫 の 日), or “The day of the cats.”

Nyan Nyan Temple (猫猫 寺 – に ゃ ん に ゃ ん じ, literally “Miau Miau Temple”) – in the place that dominates are cats, for those in love with these incredible little creatures it will be like entering a fairy tale, or rather, Cats’ tales. In this temple, the kitty cats walk free and wear thematic clothes, resembling truly sacred entities.

The Mystic Felines that are Monks

Arriving at the Nyan Nyan Temple, visitors are surprised to be welcomed by the cutest monks of all time. Among so many charming kitties, the most popular is the chief nun called “Koyuki” (小雪 – little snow). The “little snowball” loves to interact with her admirers, which has made her a star on social media; Koyuki has her own page with thousands of followers on Instagram.

Koyuki was not the first feline nun to occupy the place of honor in the temple. There are already three generations of feline monks registered at the site.

In the country where Buddhist temples and Shinto shrines are considered the most important religious buildings in the nation, there are those dedicated to one of their most valued pets: the Cats.

In Buddhism, cats represent spirituality. They are considered to be highly enlightened beings with unique abilities to convey calm and harmony.

According to the belief, cats are like little monks capable of bringing balance anywhere. For the Fo Guang Shan order of the Mahayana Buddhist philosophy branch, for example, these little beings are like people who have already achieved enlightenment. 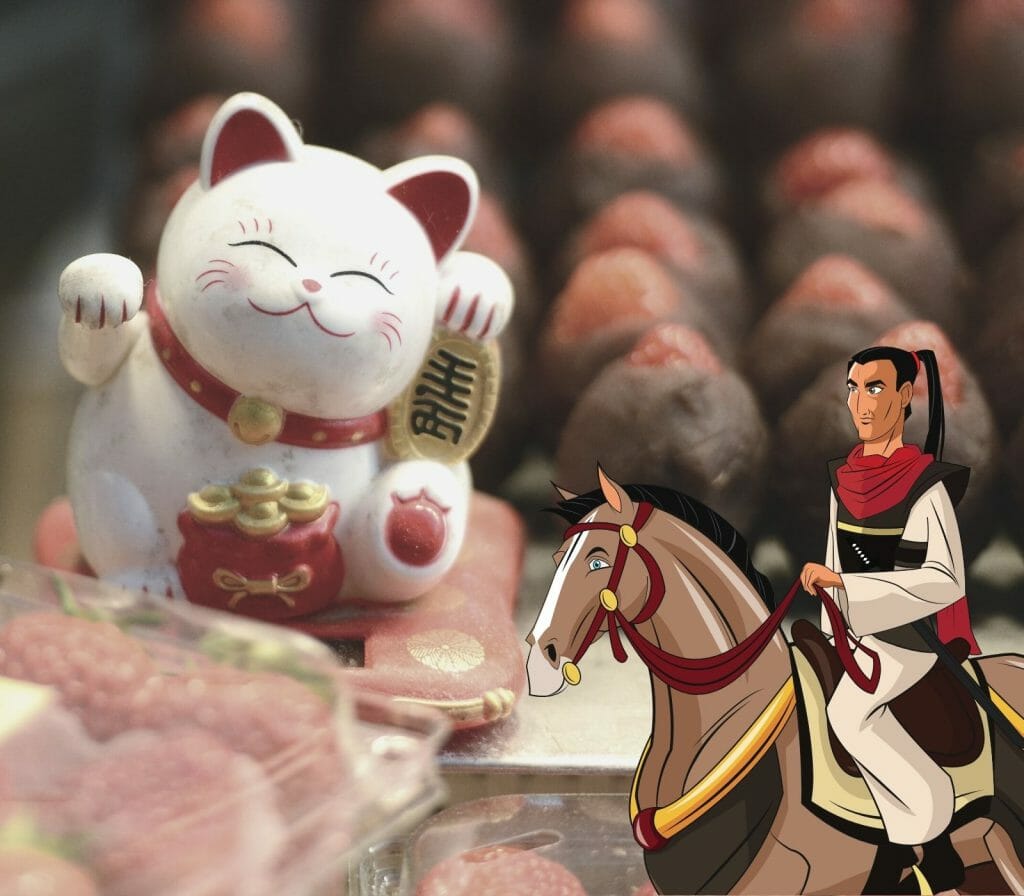 Legend has it that around 1572, Yoshihiro Shimazu, a great samurai, once traveled from Kyushu to Korea for the battle of Kizakibaru. Along with his entourage, he took seven cats, but not as pets. The samurai was able to decipher the hours throughout the day through the pupils of the eyes of the 7 cats, which changed according to the sun’s position. Specifically, 6:00 am, 8:00 am, 10:00 am, noon, 2:00 pm, 4:00 pm, and 6:00 pm.

In this way, Yoshihiro was able to have a greater precision of time during his long battle. This was fundamental so that he and his team could overcome the enemy. The victory against the Ito clan contributed a lot to the unification of Kyushu.

As a devout Buddhist, Yoshihiro built a monument for enemy troops during the Second Seven Years War.

Yoshihiro’s participation was essential for the Shimazu clan, becoming the 17th Lord of Shimadzu. At the end of the battle, only two of the seven cats survived and were brought back to Kagoshima.

In gratitude for these cats’ service and loyalty, Mr. Shimadzu built a sanctuary for them in 1602. After the Meiji Restoration (1868), the family moved to Shimadzu Village, and the Cat Sanctuary was moved there, becoming a place of devotion to all cats at Neko no Hi.